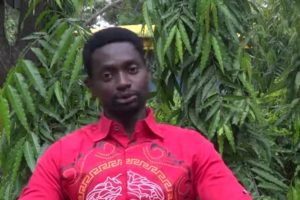 Kannywood actor, Lawal Ahmad, has expressed his interest that he  will contest the House of Representative seat for Bakori/Malumfashi Federal Constituency in 2019.

The award-winning actor spoke to PREMIUM TIMES exclusively on Thursday.

He said, “I took this bold decision for the massive support I get from my constituency. Although I live in Kano because that is where I do my acting business but I frequent my constituency to meet with my people.

“I have excelled in acting and I have fully represented my people and Katsina state in the entertainment industry. I am in the race because of the numerous calls from my fans and people asking me to come back home and contest for the seat.”

Although politics is a new terrain for him, Nuhu says he is confident that he will win the polls.

“Let me tell you, I am born to help people. I have done many things that I cannot reveal to you for my state and my people. I also made sure I excelled in my career here in Kano because I vowed to make them proud. I am certain that I do well to my people.”

So, does he think he can defeat the Incumbent member?

“That is left to Allah, but I will contest and I am sure my people will support me and I shall win Insha’Allah. I do not see myself failing. So let us not talk about.”

Interestingly, he says his acting career will not be put on hold because he will marry both responsibilities effectively.

He said, “In fact if I win I will be acting while I still represent my people. We will always have breaks and I will make good use of those breaks to. I will take that as representing my people even during breaks. That will be great.”

As the 2019 elections draws closer, Lawal says preparations have begun in earnest just as he is getting a hang of the political terrain.

He declared, “There is still some time before the elections kick in. For now, I am doing some groundwork like meeting with the constituents and planning with my team. I am convinced that I will the elections in 2019. There is no doubt about it.”