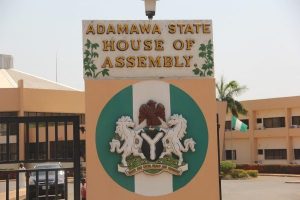 The Adamawa House of Assembly on Monday impeached four of the principal officers, including the Deputy Speaker, Sunday Peter, and the Majority Leader, Musa Mahmud.

The News Agency of Nigeria reports that the Speaker, Kabiru Mijinyawa, presided over the first plenary after the house resumed from a six-week recess.

Abubakar Hayatu (APC-Uba/Gaya) moved the motion for the impeachment of the deputy speaker and was seconded by Abubakar Abdurrahman (APC-Mubi South).