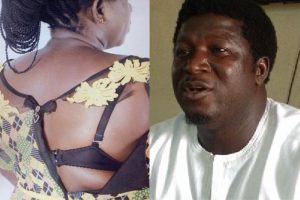 The International Federation of Women Lawyers (FIDA) in Ekiti State, has demanded the arrest and prosecution of a member of the House of Assembly, Dare Pelemo, for alleged sexual harassment and physical assault of a widow, Mrs. Mercy Ilesanmi.

But Pelemo denied sexually harassing and assaulting Mrs. Ilesanmi. The lawmaker was accused of fondling the breasts of the woman on September 6 at the Assembly complex.

Mrs. Ilesanmi said she raised the alarm, but the lawmaker mobilized thugs to beat her. The brutality, she said, took place in the Office of Majority Leader Mr. Tunji Akinyele, where she lodged a complaint on the alleged sexual harassment.

According to TheNation, Ekiti FIDA Desk Officer Mrs. Kemi Atitebi said the organization received the complaint against Pelemo, but the legislator shunned the invitation to defend himself.

Narrating her ordeal, Mrs. Ilesanmi said: “I came to visit a member representing my constituency, Samuel Omotoso but he was not around. On my way out, I met Pelemo and we exchanged pleasantries.

Immediately, he fondled my breasts, and I asked him what was the meaning of that. He now said that I am an enemy of government, that I am not supposed to come to the Assembly.

I now asked him, is that the reason why you are touching my breasts? I challenged him that this is too much. I went to report the matter to Akinyele. Before I knew what was happening, Pelemo came in with some miscreants, and they started beating me.”

Pelemo, however, accused the woman of “attempting to frame him up and destroying his name.” Pelemo, who is the House committee chairman on Security, said Mrs. Ilesanmi did not wear visitor’s tag, which prompted him to challenge her.

The lawmaker accused Mrs. Ilesanmi of working as an agent of the senator representing Ekiti South, Mrs. Biodun Olujimi, who is no longer in the good books of Gov. Fayose and leadership of the Assembly.

Mrs. Ilesanmi’s lawyer, Adeoye Aribasoye, said he had forwarded a petition on the assault and sexual harassment to the Commissioner of Police, Mr. Ibrahim Chafe.