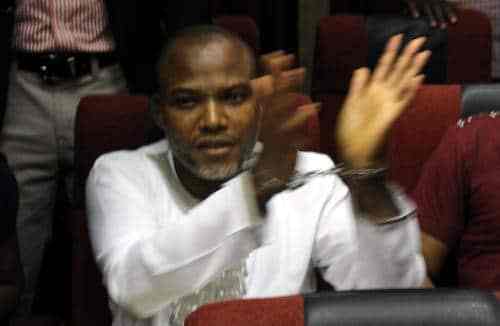 Sixty Independent People of Biafra (IPOB) members have been sent to Afara Federal prison in Abia, on terrorism, attempted murder and other charges.

The 60 IPOB members were among those arrested by security agents in Umuahia, Isiala Ngwa and other parts of the state capital during the clash between army and members of the separatist group, according to ThisDay.

A Chief Magistrate Court sitting in Umuahia, Abia State ordered that the IPOB members be remanded in prison after their counsel challenged the jurisdiction of the court to hear the matter.

The magistrate, who had directed that the case file be transferred to the Department for Public Prosecution (DPP) for advice, later adjourned the case till October 25.