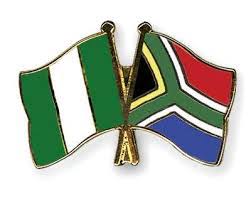 Mr Adetola Olubajo has been elected the new president of the Nigerian Union in South Africa, Olubajo is a native of Odogbolu in Ogun, was a former Secretary-General of the union.

He scored a total of 83 votes, despite the disqualification of his opponent, Mr Theodore Ezeunara.

Others elected at the union`s congress held in Durban in the Kwazulu Natal Province of South Africa on Saturday are Mr Joshua Itua and Mr Emeka Ezinteje, the new Secretary-General.

Speaking after the election, Olubajo thanked delegates for electing the new executive, assuring that his team would not disappoint.

“We will use all avenues to achieve peace and unity within the Nigerian community in South Africa.

“To do that, issues bothering on tribalism, gender discrimination and oppression will be eliminated.”

Olubajo said the executive would make service delivery and community spirit its priority.

“We will achieve these objectives by ensuring that when a brother or sister is in trouble, we will never close our eyes.

“The new executive has come with a message of peace and unity,” he said.

Olubajo commended the past president of the union, Mr Ikechukwu Anyene, and members of the board of trustees and other past officers, whom he said, made sacrifices to keep the Nigerian community united.