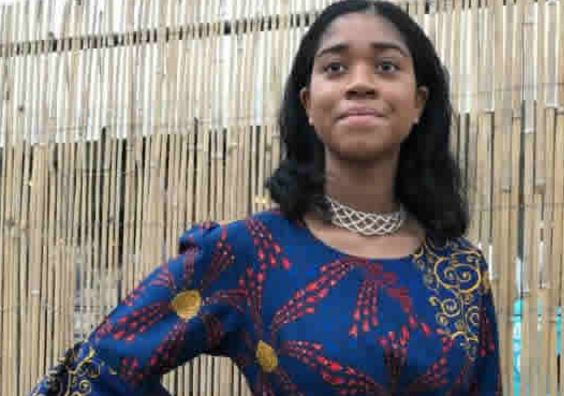 With braces on her teeth and sneakers on her feet, Zuriel Oduwole from Los Angeles may look like a typical American teen.

But over the past six years, the willowy 15-year-old has been granted audiences with no fewer than 24 presidents and prime ministers on her crusade to promote education for girls in Africa.

Zuriel is following in the footsteps of Nobel Peace Prize laureate Malala Yousafzai, the Pakistani schoolgirl who survived being shot in the head to become the world’s most famous girls’ education campaigner.

Born in the US to parents of Nigerian and Mauritian origin, Zuriel talks to African leaders “about making policies so that girls are able to go to school until at least the age of 18 so they don’t get married when they are 12 or 13,” she told AFP in an interview.

Around 39 percent of girls in sub-Saharan Africa are married before the age of 18, and 12 percent before their 15th birthday, UNICEF says.

Addressing tens of thousands of youths at a solidarity concert in Paris on Sunday, the young American tried to sensitise them to the effects of poverty on the plight of girls across Africa.

“But guess what? Most of these problems are because of poverty.”

Paradoxically, Zuriel, who is the eldest of four children, has never attended school herself. Her parents began home-schooling their precocious child when she was three.

At nine, she got her first break of sorts as a campaigner when she sought — and obtained — an interview with former Ghanaian president Jerry Rawlings for a documentary about the country’s 1979 revolution.

In Ghana, she was struck by the sight of children trying to earn a buck to help out their families.

“I saw a lot of children, especially girls, out on the streets selling things, and I see that a lot whenever I visit other African countries like Nigeria, Ethiopia and Tanzania.”

At age 10, she became the youngest person to be interviewed by Forbes magazine and last month, it named her one of Africa’s 100 most influential women.

And next year she will begin attending university at the tender age of 16, with her sights set on Harvard or UCLA, where she wants to study economics and psychology.

Despite having a CV that screams wunderkind, Zuriel insists she leads the normal life of a teenager.

“I play sports, I play football and basketball, I have friends I hang out with. I just happen to do all of these projects on the side.”

While in person she seems shy, the girl who takes to the stage in an African-style waxprint skirt and top is confident and articulate, while using language befitting of a teenager.

In many African countries, boys tend to be first in line when resources are scarce, she says, adding: “And that’s not cool.”

Citing Liberian leader Ellen Johnson Sirleaf, Africa’s first female president, as an inspiration, Zuriel said she wants to become president of the United States, though she realises she has to wait 20 years to meet the age requirement.

In the meantime, as she shouts in one of the five films she has made: “I am unstoppable!”

As well as winning awards, she also hands them out, having set up a foundation in 2014 that recognises African first ladies for their work to promote girls’ education.

Senegal is among few African countries where boys and girls attend primary school in equal numbers, but UNICEF notes that as the level of education increases, girls’ enrollment rates decrease.