Home Lifestyle Stories “She once appeared to me and my promotion letter turned to sack...
Facebook
Twitter
WhatsApp 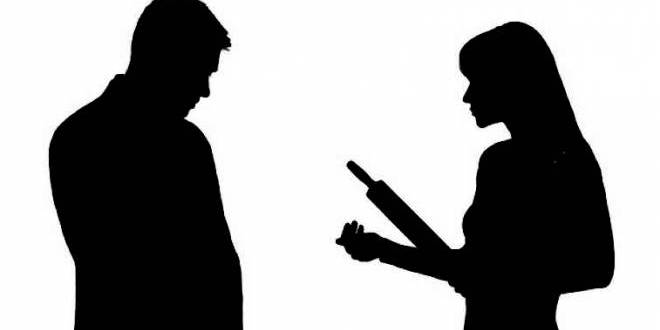 A man has revealed some details about his wife who he has accused of witchcraft
“My wife is a witch, she appears and disappears using her wonder-working powers,” 58-year-old businessman, Olarenwaju Moruf, told an Igando Customary Court in Lagos on Thursday.
The man, therefore, urged the court to terminate his 17-year marriage, saying, “I am no longer interested in the relationship, as the love I have for her has faded.”
He accused his wife, Fatima, who had a child for him, of witchcraft.
“There was a day my wife appeared physically to me in my hotel room when I travelled to the northern part of the country for a job. I shouted, and she disappeared.
“She keeps appearing and disappearing whenever good things are coming my way. She once appeared to me and my promotion letter turned to sack letter.
“Everywhere I went for a solution, I was told that my wife was behind my predicament and I strongly believe it because I am also a witness to her devilish acts,” he said, accusing his wife of belonging to a cult.
Moruf added:“There was a day I came home unexpectedly to pick what I forgot, I caught my wife holding a meeting with a cult member.
“Fatima brings strange people into our matrimonial home, including a teenager whose father is a herbalist,” Moruf added.
Apart from the witchcraft allegation, the man also said his wife had been threatening to poison him.
Fatima, a 47-year-old trader, however, denied the allegations, saying “I am not a witch.”
“I am not the one behind my husband’s predicament, my hands are clean; I do not belong to a cult, I am a committed Muslim.”
The respondent pleaded with the court not to grant her husband’s request to dissolve the marriage, insisting, “I still love him.”
The court’s president, Mr. Adegboyega Omilola, adjourned the case until November 2 for further hearing.
(NAN)