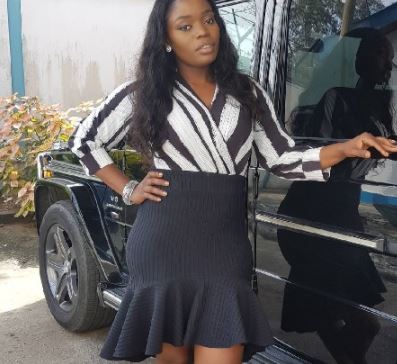 The first runner up of the Big Brother Nigeria 2017 reality show, who revealed she didn’t have the opportunity to go to the university, will be attending the 72nd session of the UN General Assembly in New York to campaign for girls’ education.

The campaign aims to increase the access and quality of education for girls in Nigeria, with an emphasis on the northern part of Nigeria.

Bisola Aiyeola will be going as a ONE ambassador, a role she won while participating in the ‘Back to School’ presentation task, during the reality show.

Aiyeola had called on Nigerian lawmakers to prioritize girls’ education. Other ambassadors for the ONE campaign include Omotola Jalade-Ekeinde, Bonang Matheba, and Waje.

While commenting on the presentation, Serah Makka, ONE Nigeria’s director, said she was excited Bisola emerged top in the task, amongst others.

“We are proud to congratulate Bisola! Her presentation was very moving as she highlighted the status of girls education,”

“ONE looks forward to working with her to take our Campaign to the United Nations General Assembly in New York this September.

“During the UN General Assembly we will ask Nigerian and other African leaders to make education work for every girl by 2030, in line with Sustainable Development Goal 4.”

The event which will last for a week, will be attended by various world leaders.