Nigeria’s number one sports radio Brila FM, contrary to stories flying all over the social media, has come out to clear the air as regards the disappearance of some of its on-air personalities. 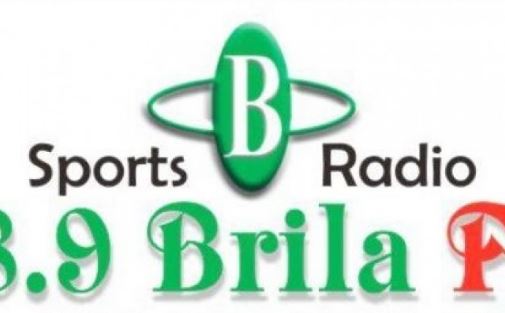 The Larry Izamoje-led media empire stated that it never relieved any of the said OAPs of their duties, and said all that transpired was an internal reshuffling and nothing more.

Refusing to join issues with the said OAPs who were yet to officially exit Brila FM as at the time of writing this, the company recounted the full story thus:’ In view of enquiries by truly concerned listeners and patrons on changes within the organization’s Lagos station, management wishes to inform as follows:An internal reorganisation that involved transfers and redeployments of some members of staff was undertaken to strengthen shifts across all times of the day.

Oge Ogwo, Fabian Amaechi, Jovita Eke, Sean Amadi and Yinka Oyedele were deployed to new shifts in Lagos with Yinka swapping positions with Sean , while Lawrence Maxwell (Lagos to Abuja),Victor Okhani (Abuja to Kaduna) and Dogo Francis (Kaduna to Lagos) were transferred. Everyone, except Sean ,has reported to their new duty posts.

Murphy Ijemba was not redeployed from the evening belt . Indeed, the redeployments notice stated that Murphy retains the Mon-Friday belt while Dogo Francis, a pioneer member of our Popular Side Team handles the Saturday and Sunday evening belts when Murphy is off-duty.

Sean and Murphy have not resumed duty since postings were announced.

They were not sacked and the organization, till date, has not received a resignation letter from any or each of them. We reiterate that Murphy was not posted out of the evening belt .

Management was, therefore, shocked to read spurious and libellous online posts by Murphy against the station, his colleagues and management.

As shifts have to be handled, the vacated evening belt post had to be quickly filled by Dogo Francis who headed the same belt on our Kaduna station.

The company’s employee handbook, signed by every member of staff upon joining the organisation, gives the company the discretion on where, when and the time belt employees work.

It also states that duplication of service, particularly sports service, for self or others while still an employee is against the terms of agreement made clear when hired with a signed document binding company and staff.We applaud your comments, calls , questions and other expressions of care and concern . We will continue to maintain the high standards that have made us your reference in sportscasting, the home of the fans.

Popular Nigerian singer, Davido and his fiancee, Chioma Avril Rowland were recently spotted at a club amid breakup rumours. The couple decided to take a...
Read more
- Advertisement -