OGA
Britain’s biggest family, The Radfords have welcomed their 20th child and the parents vow the little boy will be their last. 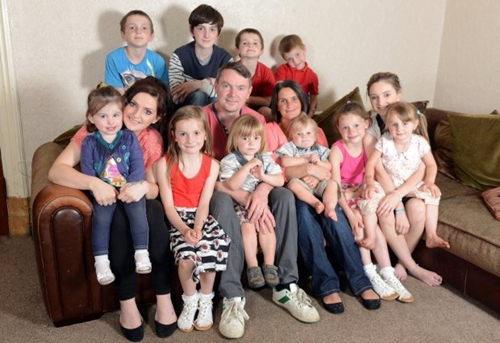 The Radfords pictured before welcoming baby Archie (Picture: SWNS)
Britain’s biggest family has got even bigger, as Sue and Noel Radford have welcomed their 20th baby, but revealed their plans for Archie to be their last child.
42-year-old Sue, gave birth to 8lb 6oz Archie on Monday as the new babyboy joins Chris, 28, Sophie, 23, Chloe, 22, Jack, 20, Daniel, 18, Luke and Millie 16, Katie, 14, James, 13, Ellie, 12, Aimee, 11, Josh, ten, Max, eight, Tillie, seven, Oscar, five, Casper, four, Hallie, two, and Phoebe, 13 months.
46-year-old Noel, had a vasectomy during his wife’s ninth pregnancy but later had it reversed, and said he has no plans to have another one. 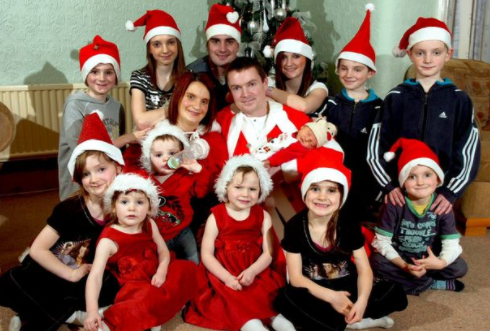 While speaking exclusively to The Sun UK, he said: “We both think this is it. I feel sad in a way but now we can get on and enjoy the kids. Having it (a vasectomy) reversed is worse than going in the first time. I won’t be going back again. We’ll work something out.”
The couple, who are grandparents to Sophie’s three children, said child benefit is the only handout they receive.
Sue said: “It’s strange knowing you’re not going to have any more. Our daughter Chloe said: ‘I believe you now.’ I don’t think she has before, but because I’ve said (this is the last one) a few times now she does.” 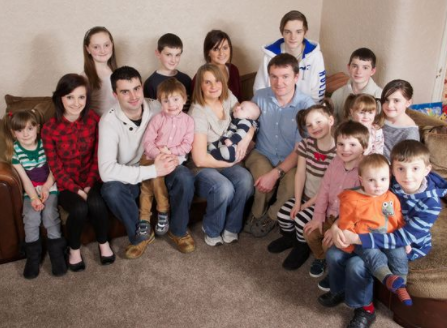 The family lives in a ten-bedroom house and own a 15-seater minivan which can no longer transport all their kids at once.
Sue said she is looking forward to not being pregnant even though ‘all the midwives’ at the hospital know her now.
Share
Facebook
Twitter
WhatsApp
Previous articleWow! Mango Leaves Revealed to Be Good for Kidney Treatment… See What a Doctor is Saying About It
Next articleUpdates: Photos Of Genevieve Nnaji And Her Mystery White Man
- Advertisement - Ad ==> TRUTH FINALLY OUT! Discover how a young Nigerian graduate now makes a consistent 40k per week doing a legitimate online business. You too can start yours now, click here!!!