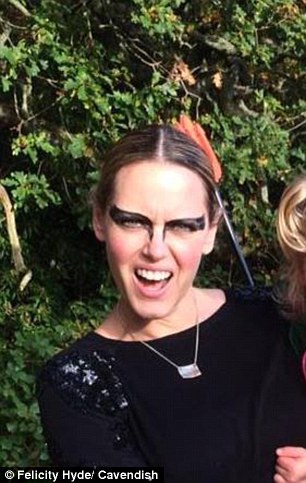 A 38-year-old mother of two, Felicity Hyde, in what has been described as a moment of madness, has committed suicide after an argument with her husband, Chris.

The incident in Blackpool, Lancashire was said to have occurred at the couple’s residence, with he husband saying he had asked the wife if he could watch the Anthony Joshua and Wladimir Klitchsko fight, which she agreed.

But things went south when his friends came over and she got angry at her husband and his pals for keeping her from sleeping and ‘disrespecting her home.’

Chris also revealed in an inquest into her suicide that she had previously tried to kill herself in 2013, and had also made references about suicide in front of her children which shocked him.

‘Everyone who knew her well knew that she could get upset over smallish things,’ Chris told the inquest.

He continued, ‘But it was always a flash in the pan and she got over it in 10 to 15 minutes. A little bit of me can’t believe she meant to do it – it was a moment of madness.’

It was after the match that she was found hanging from the roof of their garage.

Before her death, Hyde was a resort manager and at another time, a travel firm’s coordinator. She was said not to have any history of mental illness.