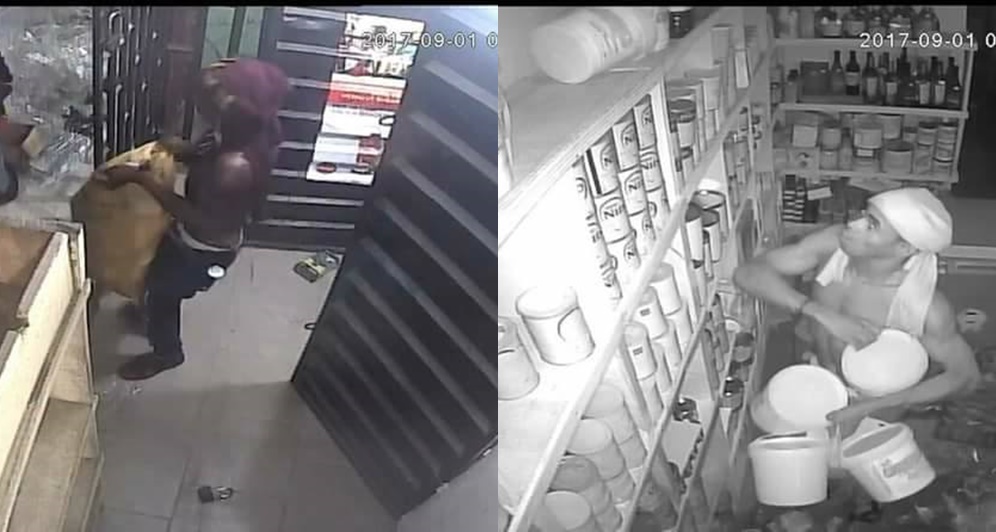 Some burglars who broke into a supermarket in Uyo, Akwa Ibom state capital earlier this month, were caught on CCTV camera while carrying out their operation.

Photos of the thieves looting the shop were shared online in a bid to create awareness and probably apprehend the robbers.

It was reported that the thieves were three in number and they made away with items worth millions of naira.

Sources say the operation happened in the middle of night and neighbors did not hear of any robbery operation.

The police in Akwa Ibom have also been contacted in the area and have swung into investigation.