Home News Feed Checkout Countries That Have Qualified for 2018 World Cup
Facebook
Twitter
WhatsApp
Just eight teams from around the continents have qualified for the 2018 World Cup as others still justle for positions. 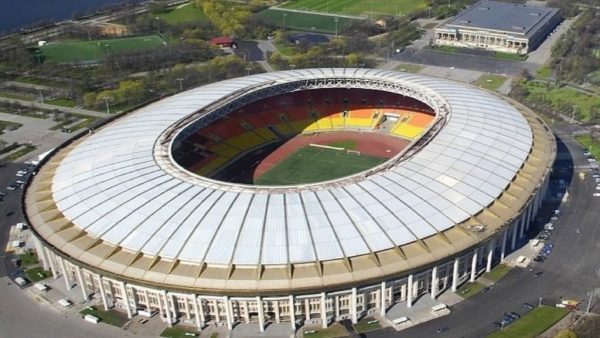 After a week of International football with stars in action to make things work for their respective countries in the World Cup qualifiers, seven teams have booked their spot in the much awaited tournament, other than the host country Russia. The teams are Belgium, Brazil, Mexico, Iran, South Korea, Japan and Saudi Arabia.
Here are the teams that have so far qualified for the 2018 Russia World Cup so far:
From Europe –
RUSSIA: Russia gets automatic qualification for being the host country. The team needs to put their best foot forward after getting knocked out in the group stage Confederations Cup.
BELGIUM: Belgium has been the first nation to get selected after they defeated Bosnia-Herzegovina and Greece in the qualifying stage.
From South America –
BRAZIL: The 2014 World Cup semifinalists booked their place in the next World Cup back in March. They stand at the top of the table, after drawing 1-1 to Columbia on Tuesday.
From North, Central America and Caribbean –
MEXICO: Mexico have remained unbeaten in their qualifying round and booked their spot for the World Cup by beating Panama 1-0.
From Asia –
IRAN: Iran, who drew against Syria 2-2 last night, made it to their fifth yet second consecutive World Cup. They have, however, only managed one win in the tournament so far.
SOUTH KOREA: This is going to be South Korea’s ninth successive appearance at the World Cup, having qualified after winning four out of ten games.
JAPAN: Japan is going to make its sixth consecutive appearance at the World Cup
SAUDI ARABIA:  Soudi Arabia will be making an appearance at the World Cup for the first time since 2006.
Other than these countries, Spain and Serbia are on the verge of qualifying after wins on Tuesday, while Croatia and Iceland are top of a very tight Group I.  Spain maintained its three-point advantage over second-placed Italy with two matches remaining.
From Africa —
No team in Africa has qualified yet.