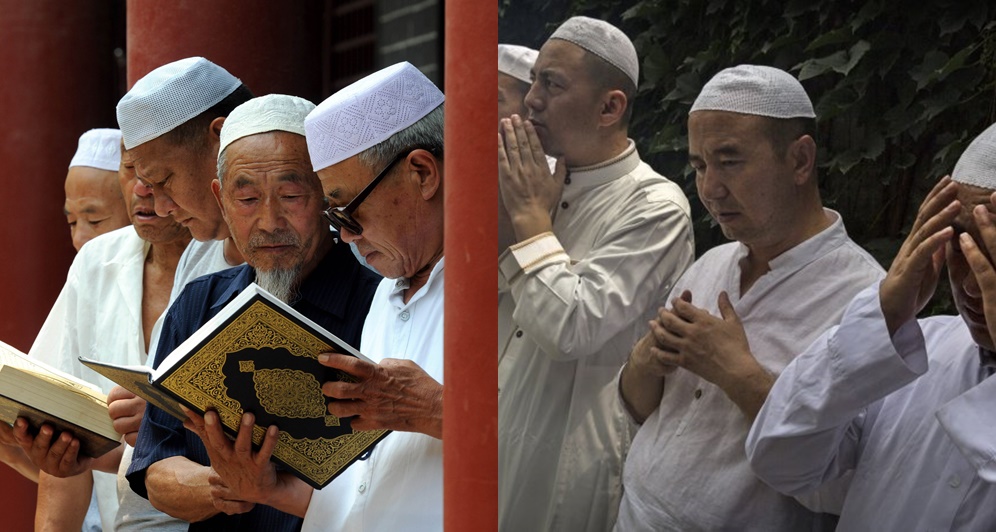 Muslim faithfuls of the Xinjiang province in China, have been ordered to hand over all copies of the Holy Quran or face ‘harsh’ punishment.

According to sources in the region, officials have been warning neighbourhoods and mosques that ethnic minority Muslim families are being forced to hand in religious items including the Koran and prayer mats.

They face severe punishment if they are discovered.According to Radio Free Asia, reports have emerged from Kashgar, Hotan and other regions of similar practices starting last week.

The spokesman for the exile World Uyghur Congress group, Dilxat Raxit said they received a notification saying that every single ethnic Uyghur must hand in any Islam-related items from their own home,Daily Mail reports.

Copies of the Koran and related items must be handed into the government authorities, and there are notices being broadcast via WeChat, China’s most popular social media app.

According to local officials, Xinjiang authorities earlier this year, began removing all Korans published more than five years ago due to extremist content.

Share
Facebook
Twitter
WhatsApp
Previous articleMeet the mother of 9 who has trained 5 university graduates by selling roasted yam
Next articleHalima Abubakar Finally Recovers From Her Illness, Pictured With Annie Idibia On Set
- Advertisement -