An online poll recently conducted by Nigerian commentator and international affairs guru, Kayode Ogundamisi asking Nigerians what they think former Vice-President Atiku Abubakar will bring to the table if eventually he is elected as the President, has revealed a disturbing result.

The poll asked: “What comes to your mind? when you hear @atiku 2019, ” A. Return of Corruption or B. Fight against corruption.

Surprisingly, Nigerians chose A with 84% over B with 16% which showed that people really do not believe in Atiku’s records. However, the result of the poll is not authentic enough to know what all Nigerians think, as just a percentage of online users participated in the poll. 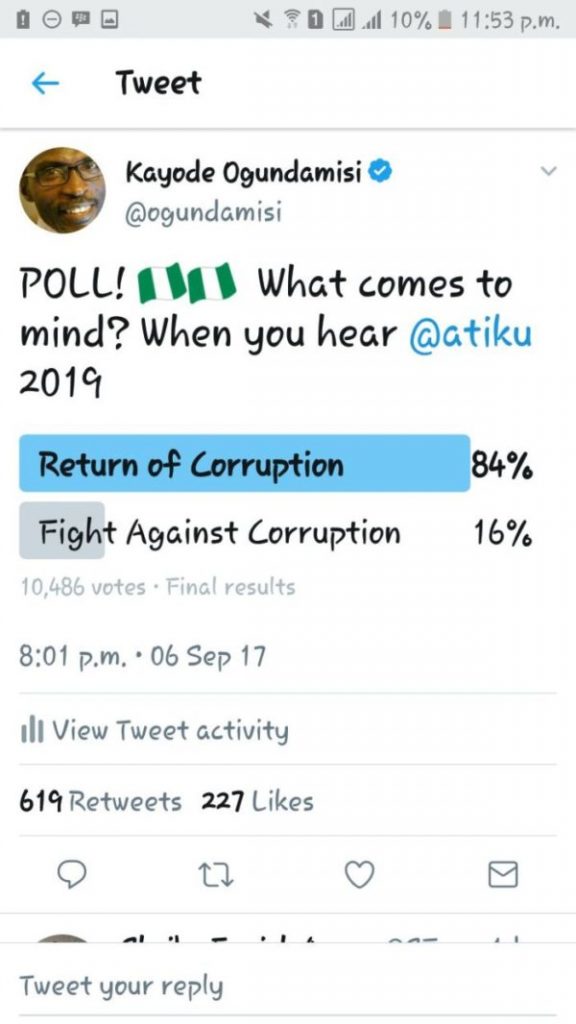 Atiku Abubakar is gearing up to contest the 2019 presidential election with many people still undecided which position to take.