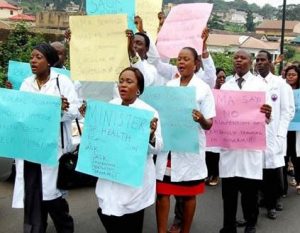 Association of Resident Doctors in University of Benin, Edo State will  embark on an indefinite strike starting from September 4, 2017.

The proposed strike action comes after a breakdown of negotiations with the federal government over the demand that resident doctors be included in the Integrated Personnel Information System.

Resident doctors in the state believe the inclusion would help them get their emoluments directly from the federal government and curb corruption in the healthcare system. They also said that the development would make more funds available to run the nation’s healthcare and reduce the brain-drain that is currently plaguing the sector.