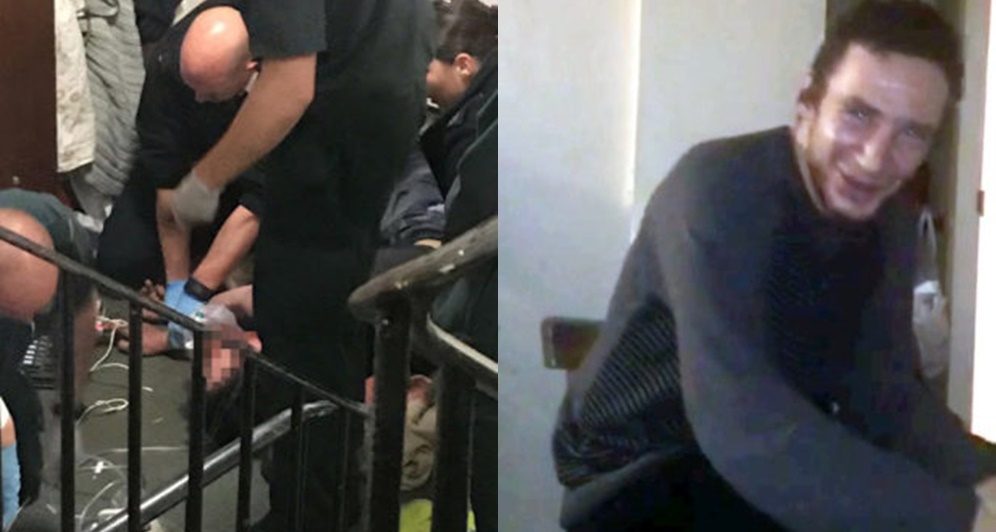 A Staffordshire Bull Terrier dog mauled its owner to death in front of BBC crew after eating crack cocaine in the United Kingdom.

The Staffordshire Bull Terrier named Major was the equivalent of eight times the human drug drive limit when he latched onto Mario Perivoitos’s face and neck moments after his owner took part in a BBC documentary.

Mario, 41, had been filming with a camera crew for the BBC programme Drugs Map Britain when he fell into an epileptic fit and was attacked on his bed.

Nicholas Carmichael, an expert in veterinary toxicology, revealed that samples of cocaine and morphine had been discovered in Major’s urine.

The exact reading and measurement of cocaine was not stated but Mr Carmichael said:

“It is very likely that this dog had consumed drugs, probably eaten them.
“They become very excited and agitated, it is highly more likely that this attack happened because this dog had taken cocaine.”In my experience with Staffordshire Bull Terriers if they think they are in a dominant position its response must have been to attack.”

“The dog was eight times the drug drive limit.
“The dog had clearly taken it and, whether it had eaten it or taken it in by smoke, it is likely to have been a factor in the dog’s behaviour.”In his conclusion he said: “Mr Perivoitos was taking part in a documentary about illegal drugs, having returned to his home at 10.17pm consumed a quantity of cocaine before becoming unwell.
“It is likely that he was experiencing an epileptic shock which caused the dog to nip his face before biting his neck.
“The film crew telephoned an ambulance whilst attempting to get the dog off Mr Perivoitos.
“It is likely that the dog had consumed cocaine by eating it and it is likely that this was an additional factor in the dog’s behaviour.”Mr Perivoitos suffered serious injuries and was taken to a major trauma hospital and died shortly after midnight.”

Detective chief inspector Luke Marks, who brought no criminal charges in the case, told the court that Major was due to be destroyed.

“The dog was taken to a secure police storage facility, it was due to be destroyed but I do not know if it has been.”