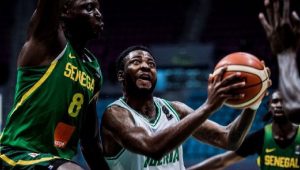 D’Tigers were on top of their game as they won three of the four quarters in Friday’s semifinal clash.

At the end of the first quarter, D’Tigers established a-15-12 points lead over their opponents.

The second and third quarters were also fiercely contested but the Nigerian men nicked it at 19-17 and 18-16.

While Senegal won the final quarter 26-24, it was not enough to deny Nigeria a place in the final.

Senegal were trying to reach the final for the first time since 2005; but they were denied yet again this time by D’Tigers who are keen on successfully defending the title they won two year ago.