Flavour and Anna Banner have definitely was never a bed of roses, as it was filled with highs and lows.
Over the years, the two have professed their love, cuddle on camera, had a child and broken up. Still, their names are still intertwined so it’s only right that we give you a timeline of their relationship.

September 2014- Rumours has it that Anna Banner has something going on with Flavour. A picture of the two embracing in a video shoot would emerge. This month the former beauty queen posted photos of herself and the singer in various stages of romance. She took to her Instagram page and posted a photo of a tattooed Flavour in a swimming, with the caption, ‘My Boo…’ 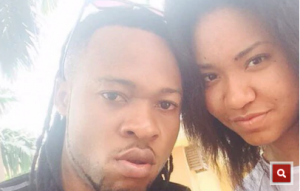 October 2014- Flavour and Anna Banner’s relationship is confirmed thanks to the beauty queen’s Instagram post.
December 2014- Anna Banner appears as Flavour’s love interest in the music video ‘Gollibe’.
January 2015- Pulse breaks the news that Anna Banner is pregnant for Flavour.
February 2015- Flavour caught kissing first baby mama raising eye brows as to the nature of his relationship with Anna Banner.

March 2015- Flavour says in an interview that he is single and searching.
March 2015- Anna Banner leaves Dubai university because of her pregnancy. 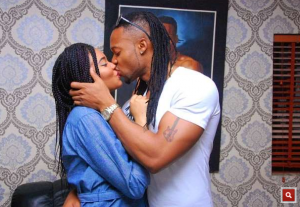 May 2015- Anna Banner is seen for the first time with her baby bump.
August 2015- Flavour and Anna welcome first child together in the United States even though both parties decide to keep quiet about the news.

November 2015- Flavour is missing at his baby’s dedication.
January 2016- Flavour is present at the second baby dedication of his daughter with Anna Banner.
June 2016- Anna Banner drops bombshell, ends relationship with Flavour 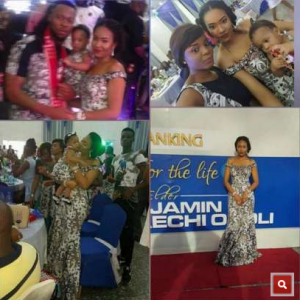 Share
Facebook
Twitter
WhatsApp
Previous articleShe DMed Hi And Got a Ring Nigerian Share His Story
Next articleThe “Hakkunde” Actress Rahama Sadau Revealed That She Once Had To Reject A lesbian Role.
- Advertisement -Ad ==> Discover how a young Nigerian graduate now makes a consistent 40k per week doing a legitimate online business. You too can start yours now, click here!!!