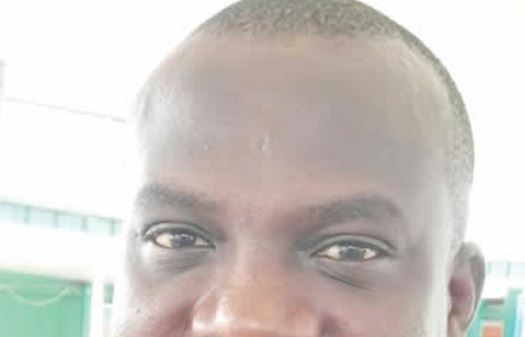 A few years ago, Yoruba film actor and co-host of Aajirebi, Dele Fagboyo, used to cut the image of a notorious playboy on the lighted screen. Whenever a producer needed somebody to play the part of a ruthless lover, who enjoyed breaking the hearts of women without batting an eye-lid, he did not have to look far. The actor was always available and ready to fit into such roles.

Fortunately, beyond the screen, Fagboyo is a completely different person. He is not only a passionate lover, but also a devoted husband who has been married for the past 15 years.

“When I wanted to go into film acting, I knew that women were going to be my biggest challenge. So, in order to avoid temptation and remain focused, I decided to get married in 2003. I was 26 years-old at the time. I am happy that I made that decision,” he said.

Asked if he ever got tempted into having an extra-marital affair, even on the set of a movie in those days, he replied, “Whenever I was on a movie set, I always remembered that I had a wife at home. You see, I have always seen my marriage as a point of reference to other people. From the outset, my wife and I wanted to be regarded as the best couple in Nigeria. I am my wife’s best friend and we do things together. So cheating has always been out of the question.

“When I got married, I knew that I was going to face some challenges from female fans and from some of my friends who said I would start cheating on my wife after one or two years of marriage. I decided to prove to them that they were wrong. I thank God that I have been able to do this. Today, my marriage is still intact. Now I go to marriage events to counsel couples and I visit churches to counsel people on marriage.”

Nowadays, Fagboyo spends most of his time presenting shows or programmes on television. He is so deep into this and a bit of independent TV production that he hardly appears in the movies any more.

“Yes, I am quite busy as a TV presenter these days. But when I get an opportunity to appear in a movie, I don’t hesitate to grab it. Acting is still my first love and I don’t quit it yet”, the boyish looking actor, who has just clocked 40, said.

Also, explaining why he simply disappeared from the entertainment scene for awhile ‘without order of leave’, Fagboyo continued, “I had to drop out of the movie scene in order to go back to school. I needed to improve myself by getting more education. So I went to study accounting at the Federal Polytechnic, Offa and business studies at the Lagos State Polytechnic. During that period, I got an opportunity to present one or two shows on TV.  At the same time, I was working as a tax consultant to the Federal Inland Revenue Service. That was what happened.”

Although the actor admitted that acting made him popular and opened up fresh opportunities to him, he said it did not fetch him as much financial reward as he had expected. “It was not as if money was really coming. Yes, I was popular and getting more opportunities. But then, who says I am not making more money now as a TV presenter?” he said.