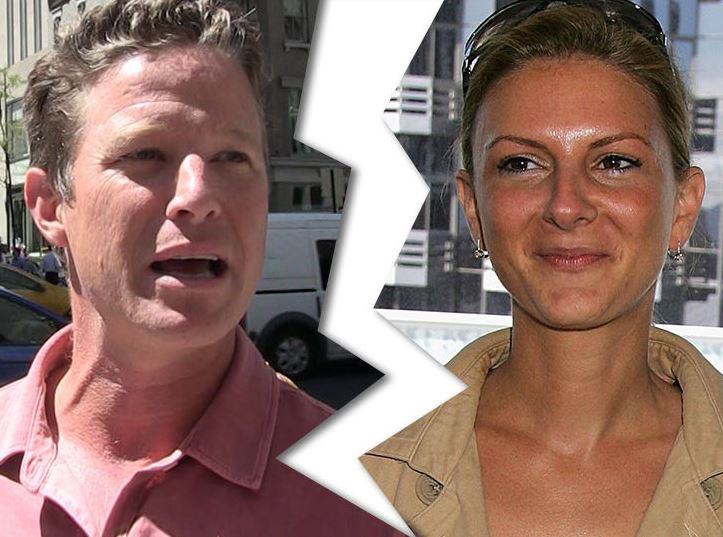 Billy Bush was sacked from the ‘Today Show’ following his participation in a leaked 2005 lewd video where Donald Trump talked to him about trying to bang chicks. The US president then spoke in graphic terms about how easy it was for celebs like himself to seduce women.

He boasted of using his status to get women, with comments such as “grab them by the pus*y”.

The Today show first suspended Billy over the incident, before settling with him on his exit with a reported $10 million. Fast million. Fat forward to 2017, his marriage is now over. Read TMZ’s report below.

Billy Bush and his wife of 20 years have called it quits … TMZ has confirmed.

A rep for Billy tells TMZ … the former “Today” co-host and Sydney Davis are “separated for the moment to evaluate their life together.” The rep goes on to say, “They love each other and their children deeply and are committed to a bright future.” The couple has 3 kids.

Billy had a rough 2016 after a video surfaced showing then-Presidential candidate Donald Trump talking to Billy about trying to bang chicks back in 2005. Trump referred to the conversation as “locker room talk.”

Share
Facebook
Twitter
WhatsApp
Previous article“Never look down on yourself” Zari reacts to bring cheated on by Diamond Platumz
Next articleKevin Hart & his pregnant wife, Eniko step out together for lunch in LA days after he apologized for cheating on her
- Advertisement -