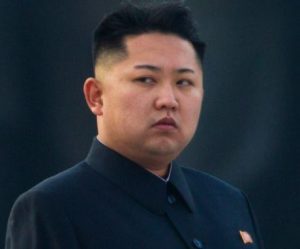 Four South Korean journalists were sentenced to death by the North Korea government for book reviews that insulted the administration.

Two newspapers (Chosun Ilbo and the Dong-A Ilbo) reviewed the new Korean edition of “North Korea Confidential”, a book by two Seoul-based British journalists first published in 2015. The work details the growing role of the market in daily lives in the North, where South Korean television dramas are circulated on the black market, and fashion items and hairstyles from the South are copied.

According to the North’s Central Court, by reviewing the book, newspapers “committed a hideous crime of seriously insulting the dignity of the DPRK” as part of a “sordid smear campaign. They have reached the state of slandering and insulting even the inviolable name of our country and its national emblem,” it said.

One journalist from each newspaper and the presidents of both publications were sentenced to capital punishment, it said.  “The criminals hold no right to appeal and the execution will be carried out any moment and at any place without going through any additional procedures,” it added.

It is not the first time Pyongyang has declared a death sentence on South Korean citizens.  In June it said it was imposing the death penalty on the South’s former president Park Geun-Hye and her former spy agency head Lee Byung-Ho, claiming its state security authorities had foiled a plot by US and South Korean spy agencies to kill North Korean leader Kim Jong-Un.