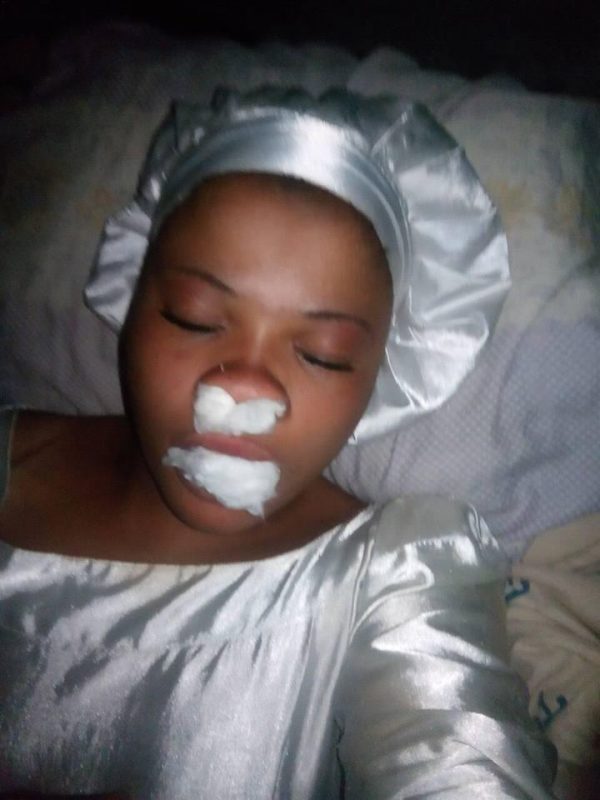 A Nigerian girl, Ayanfe Bassey has been bashed on social media after she pulled what many termed a ‘foolish’ stunt by flooding her Facebook timely with obituary photos while wishing herself death.
Bassey posted about 21 photos showing her with a white cotton wool covering her nose and mouth indicating that she was dead.
She followed the pictures with the caption “RIP”. Many of her friends who saw the photos thought she had died not knowing that it was a senseless stunt. 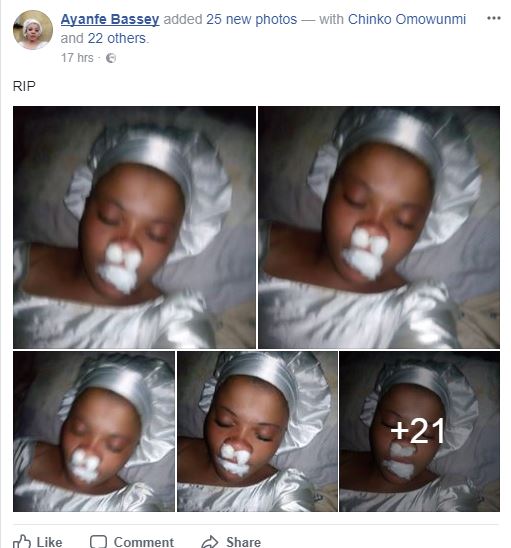 She later wrote after a deluge of curse messages from Nigerians bombarded her page: “I do it for one purpose bt don’t see it as am stupid tinx okay. Sha out to my niggars and bloody stupid fellow.” (sic)
Read comments below: 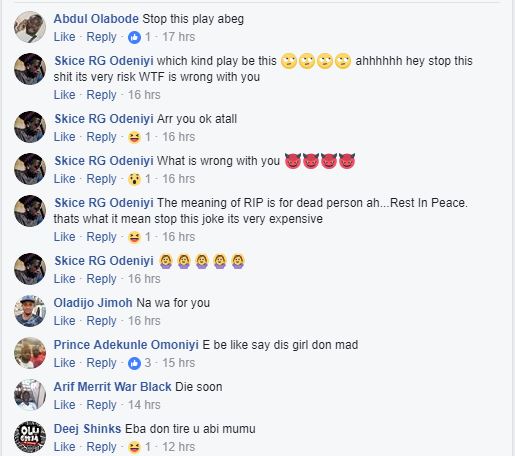 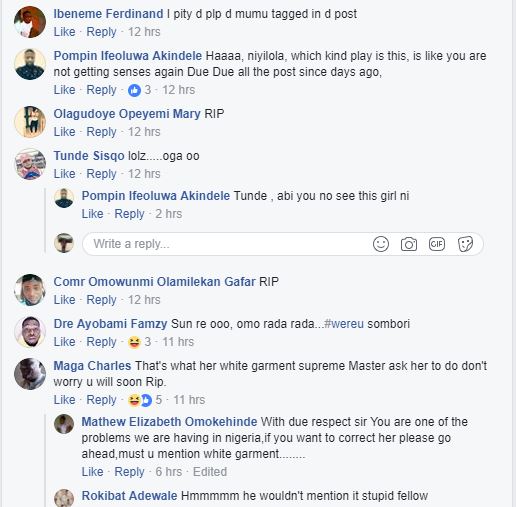 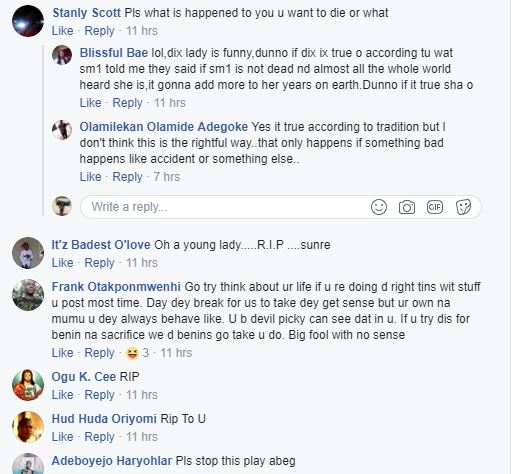 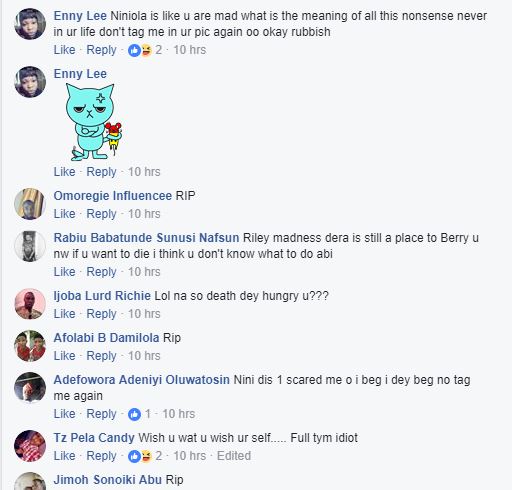 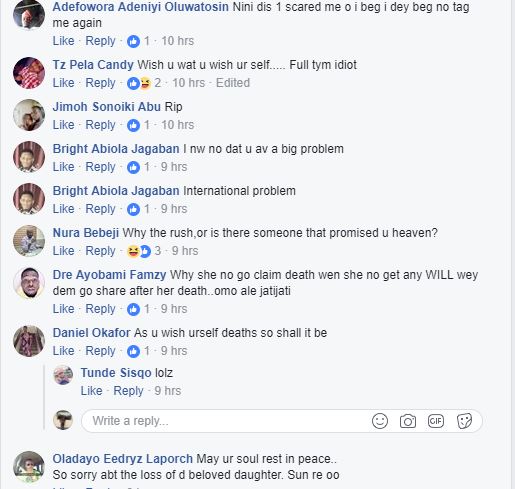 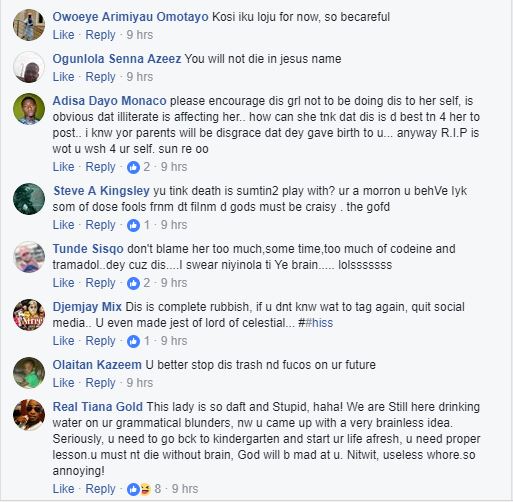