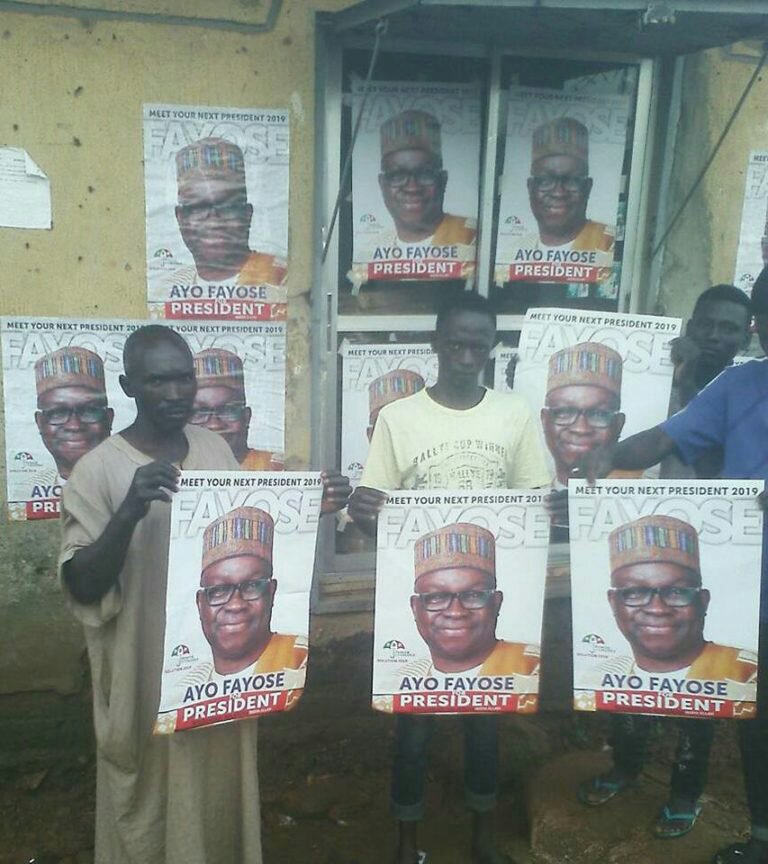 Campaign posters of Ekiti state governor; Mr. Ayo Fayose who has declared his intention to run for presidency in 2019 – have flooded the streets of Zaria, Kaduna state. Fayose, whose governorship tenure ends in October 2018, has urged PDP members and supporters to begin to congratulate themselves because “re-occupying Aso Rock in 2019 is certain’’. 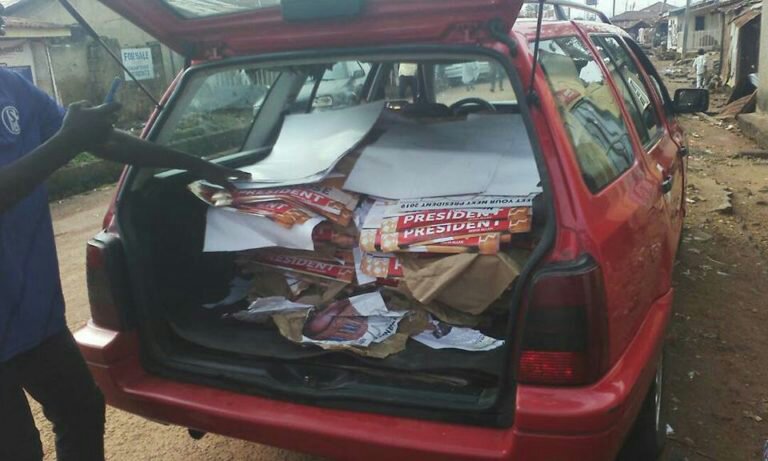 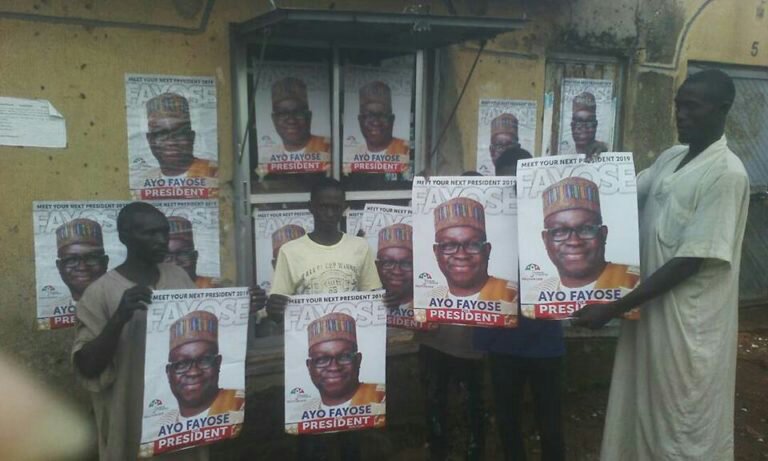 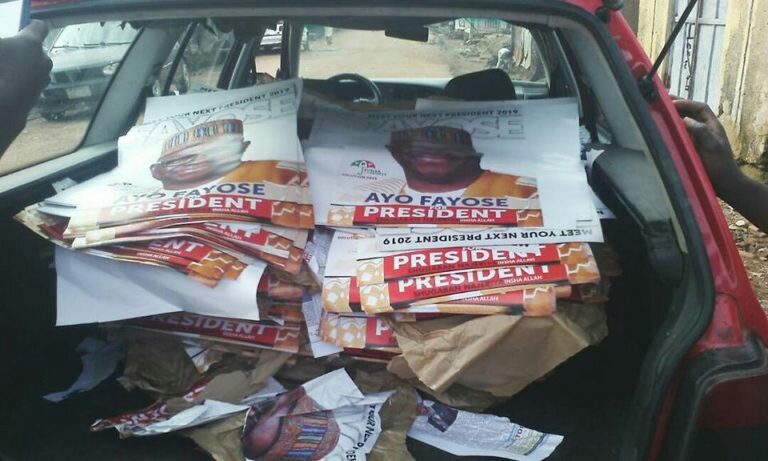