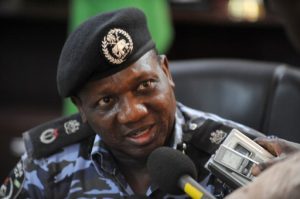 The IGP, while inaugurating the edifice on Thursday in Lafia, lauded Gov. Umaru Al-Makura for identifying with the Nigerian Police Force by providing the facility at a critical period of challenges to the security system.

He said the intervention by the state government would go a long way in enhancing the operational capacity of the police in the state.

“We assure the State Governor of maximum use of the edifice to ensure that our citizens are adequately protected at all times,” he said.

He called on individuals and corporate bodies to emulate the state government’s gesture as “the duty of guaranteeing security networking is a duty of all Nigerians.”

“There is no doubt that we have challenges, but pockets of interventions like this, will go a long way in ameliorating the plight of the police, especially the logistic requirements,’’ he said.

Idris thanked Nigerians for their support, and assured that the Police Force would not relent in securing the lives and property of all citizens.

Gov. Al-Makura said the donation of the edifice was borne out of the determination of his administration to provide the necessary support to security agencies to protect lives and property of the citizens.

He said the state government would not have been able to stem the numerous security challenges in the state over the years without the collaboration of the Police and other sister agencies.

“This administration being encouraged by the gallantry and resilience of the Nigeria Police Force, finds it expedient to construct a befitting edifice and donate same to the force as its state headquarters.

“It is heart-warming to acknowledge that the complex being inaugurated today is one of the biggest police command headquarters in the country,” Al-Makura said.

He expressed hope that the gesture would serve as a morale booster to the police command to be more proactive in the protection of lives and property.

Al-Makura said the state government would continue to partner with the police and other security outfits toward controlling crime and other social misdemeanor in the state.

Before the inauguration, the command was operating from the building of the defunct Social Democratic Party (SDP) office along Makurdi road in Lafia.