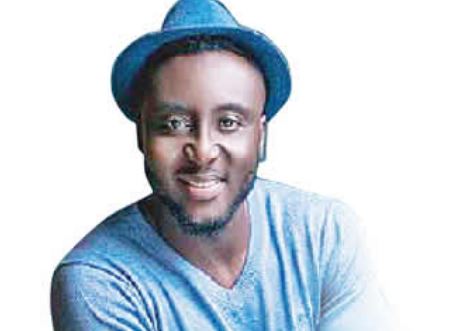 Granted he is not among the current happening musicians in Nigeria today, Djinee was able to worm his way into so many hearts and became a celebrity just as soon as he released his hit song, ‘Ego.’

He is also known for his great voice and lovely delivery of love songs. But as much as he sings such R‘n’B, many do not even know that Djinee has yet to get married, he is not even in a relationship (according to him), let alone being married.

Speaking to Saturday Beats about his love life, he said, “A doctor cannot treat himself. Currently, I am single and there is no love item in my life. It is not a must to be in a relationship. I can be preaching about love through my songs and carry it into the kingdom but it just might be that God has designed it that I would not see that kingdom. The job we do is a tough job. I would be easily distracted. Some people can manage the stress but I cannot and I am being honest. I have been single for a while and I have tried to be in relationships but it just did not work out. I like women. I’m lucky to have parents that don’t pressure me about marriage. As an Edo guy, they don’t put pressure on me, besides, if the pressure comes and I hurriedly get married, they would not be the one to live with the person.”

He acknowledged that as a human being, he would have urges as a single guy but explained how he handles them whenever they come to him.

“I have very close female friends that I can call and they would always be there for me, not sexually, not friends with benefits. Even before the music, I have always had female friends and I believe in female empowerment,” he said.

Being in the industry for over a decade, the singer noted that he has no baby mama and doubts he can ever be in that situation. “I don’t know how people do it and get baby mamas but it cannot happen to me because I cannot handle it. To avoid such a scenario, I try to be as disciplined as I can. It is not easy but I try and I love children a lot. A lot of my closest friends are single mothers and they know how much I love their children. I try to be disciplined. I would say that I am very lucky not to have encountered people that would pin me down with pregnancies and some of my exes know that I am not ready for a child. I always have that discussion early in a relationship,” Djinee said.

Share
Facebook
Twitter
WhatsApp
Previous article“I can gladly say that I never cheated on my wife” Chris Attoh says as he gives marriage advice
Next articleP-Square’s fight is a publicity stunt –Kenny Ogungbe
- Advertisement -Ad ==> Discover how a young Nigerian graduate now makes a consistent 40k per week doing a legitimate online business. You too can start yours now, click here!!!

Someone Paid The Way For Burna Boy To Grow: Singer Ihcego

Nigerian singer Ihcego in a new interview with Legit.ng shared her thoughts on Burna Boy, Wizkid and her reason for covering Wizkid's song 'Jam'.Speaking...
Read more