Home News Feed I’m Taking Your President To My Country – Oyinbo Man
Facebook
Twitter
WhatsApp
A foreign die-hard fan of President Muhamamdu Buhari, has been captured on camera at the Murtala Mohammed International Airport in Lagos traveling back to his country with the portrait of the nation’s No.1 citizen. 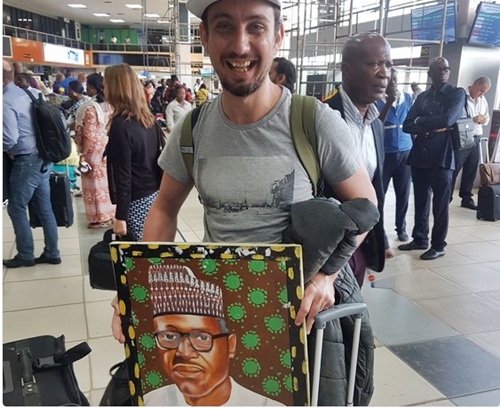 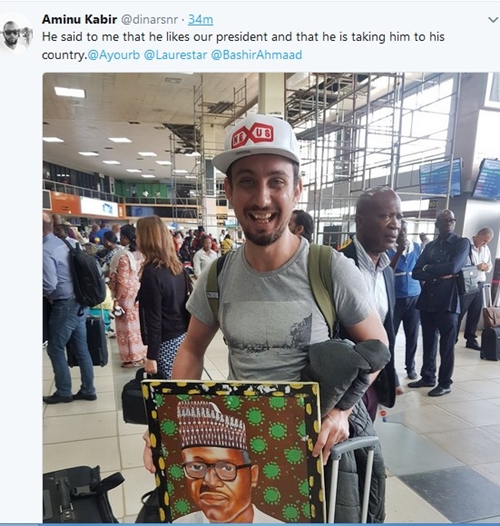 A Nigerian Twitter user, Aminu Kabir (@dinarsnr) has taken to the social networking platform to share the photo of a foreigner who he spotted at the Lagos international airport with a painting of President Muhammadu Buhari while traveling abroad.
According to Aminu who spotted him at the airport, the white man said that he likes President Buhari and that he is taking him to his country.