Deolu
Nigerian singer, Dammy Krane, has finally spoken out about his time in prison, and that the only people who came through for him were his family, 2Face and Davido. 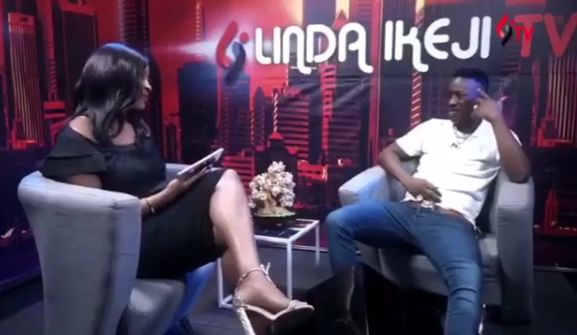 It  had reported some weeks ago that Nigerian singer and performer, Oyindamola Johnson Emmanuel, popularly known as Dammy Krane, was allegedly caught in the act of fraud in the United States of America.
The singer was arrested by the Miami-Dade County police for alleged grand theft, credit card fraud, armed conspiracy, forgery, and intent to defraud as has been in jail since then.
Dammy Krane, who was arrested alongside one Ilochukwu Gabriel, was later released on bail after spending almost days in jail.
While speaking in an exclusive interview with LIB, the singer who just arrived in Lagos, opened up about his time in prison, saying that he never ate the cold rice and stew they were served but survived on orange and cookies.
He also said he got protection from Haitians as racial discrimination is real in Miami prisons, adding that the only people who came through for him were his family, 2Face and Davido.
Watch the video interview below;