Between the lyrical integrity and the failed attempts to fly, “Odysseus,” presents a conundrum.

Have you ever been in a position where you are listening to an album and you know that it is not flowing and the music is unsatisfactory, but you are clinging to it? With each song, you’re pleading with it. You are willing it to get better. And then it hits a track so poor and downright bad, that you just give up.
That’s the feeling you’ll get on this new album by Jesse Jagz. He is your favourite rapper, your standard of what Hip hop should be like. You gather your friends and tell them that if there is any justice in this world, the MC will be more celebrated, respected, acknowledged…worshipped. But that isn’t happening, and it’s because of a number of factors that has nothing to do with his music. 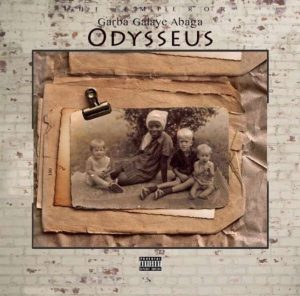 Opener ‘Genesis’ begins with a haunting, synth and a chilling intro, but the one-dimensional flow makes things sour fast. Hotyce added some firepower to the Trap-influenced‘Dirty’, but once again the record is fragmented. The melody on ‘Best in you’ is a soulless, meandering repetitive drone, with a puzzling lack of urgency. But Styl-Plus make a welcome return on ‘Alright’. It’s a nostalgic record, one that takes you back to the height of their dominance. But that’s all it has to offer. Dated nostalgia.
It’s the story of the music on this project. There aren’t bad songs on “Odysseus,” but for the level and expectation that Jesse Jagz operates everything is average. And ‘average’ shouldn’t come near Jagz. He’s a leader, but this album does not reflect that quality in skill.
Guests help this project, more than it meets the ear. ‘Fine and clean’ has a dynamic Cynthia Morgan assist, ‘Violation’ and its energy from Burna Boy is the most ‘listenable’ track of the album. But things hit an impasse with R2Bees on ‘Ghetto youth’. 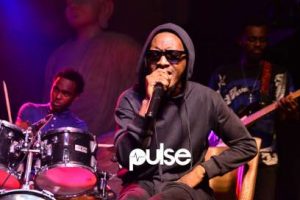 That’s until now anyway. “Odysseus,” Jesse Jagz great return to his safe space, away from the circus and politics of Chocolate City is out. Such a release was always going to be bigger than just the music. It carries the desperate hopes of Nigeria’s Hip hop heads, the balanced promise of Jagga’s pristine creative ability, and the prayers of thousands of fans who want to see a genuinely talented musician do well.
But somehow, Jesse Jagz doesn’t deliver on that weight. It isn’t due to a poverty of skill, or a failure of imagination. The problem on this album lies in the details, those tiny underappreciated aspects, like a common unifier, a rallying point, or on many tracks, an enjoyable melody.

Between the lyrical integrity and the failed attempts to fly, “Odysseus,” presents a conundrum. It’s not a project that provides enjoyment, neither does it do anything well enough to stand out. The name Jesse Jagz is a synonym for quality in Hip hop, but at its best, this project is average, and at its worst, it is forgettable.
Just like the title, “Odysseus,” LP feels like a journey through a situation that is unfinished. Perhaps we are listening to Jesse Jagz find his way through a transition; a journey to reach the soul of something artistic and mine it for a new project. But on evidence of this release, we would rather get to the destination. This journey isn’t fun, enriching or more worryingly, edifying.