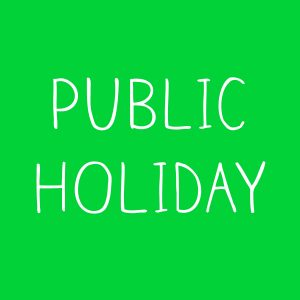 Friday has been declared a  public holiday by the  Kano State Government and the Osun State government also declared Thursday (today) as public holiday to commemorate the Islamic New Year – Hijra 1439 AH, the News Agency of Nigeria reports to mark the new Islamic year.

The Kano State Commissioner for Information, Youth and Culture, Mohammed Garba, made the disclosure in a statement in Kano.

According to the statement, the Islamic New year is the first new month in the lunar Islamic Calendar.

According to the statement, the Acting Governor, Prof. Hafiz Abubakar, urged the people of Kano to use the auspicious period to pray for the unity, peace and stability of the nation.

He also called on Muslims in particular and Nigerians in general to join hands with the President Muhammadu Buhari-led Administration in his determination to build a peaceful and harmonious country.

While congratulating the people for witnessing the new Islamic year, the acting governor prayed for the peace and unity of the country.

He also assured the people of the state government’s commitment to improving their quality of life.

Also, the Osun State Government in a statement signed by the Commissioner for Information and Strategy, Mr. Adelani Baderinwa, in Osogbo, quoted the state Governor, Rauf Aregbesola, as saying that “Osun State adopted the Islamic New Year as official public holiday on November 15, 2012.

“The Islamic year started counting in 622 AD after the migration of Prophet Muhammad from Makkah to Madinah in Saudi Arabia.”

He stated that the governor wished Muslims in the state and across the world a happy New Year celebration and urged residents of the state to continue to live peacefully with one another.

The governor advised the people to use the new Islamic Year for spiritual development, noting that Thursday was the first day of Muharram, the first month in the Islamic calendar.