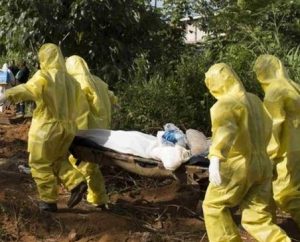 A woman identified as Miss Aisha Jimoh,  who was tested with Lassa Fever in Kogi State, has been confirmed dead.

The death was confirmed by the brother to the deceased, Mr Asipita Jimoh, who told the News Agency of Nigeria in Lokoja that Aisha, 18, died in the early hours of Monday at the Irua General Hospital in Edo, where she was rushed to.

Asipita said that his family was contacted on the development, shortly after Aisha, a student of the Muslim Community Secondary School, Lokoja, gave up the ghost.

Asipita, who spoke to NAN at his family house at Gadumo Layout in Lokoja, said that Aisha’s sickness started about five days ago.

He said that the lady was taken to the Federal Medical Centre, Lokoja from where she was transferred to the General Hospital in Edo.

“We lost our parents about two years ago and we have lost our sister again,” Asipita cried.

He said that other members of the Jimoh family would need medical assistance to stop the spread of the disease.

The authorities at FMC Lokoja, had on Sept. 3, suspected that Aisha might have been suffering from Lassa fever and had, consequently, referred her to the General Hospital, Irua for confirmatory test and treatment.

Audu said that the State Government was working on tracking people, who might have had contact with Aisha.