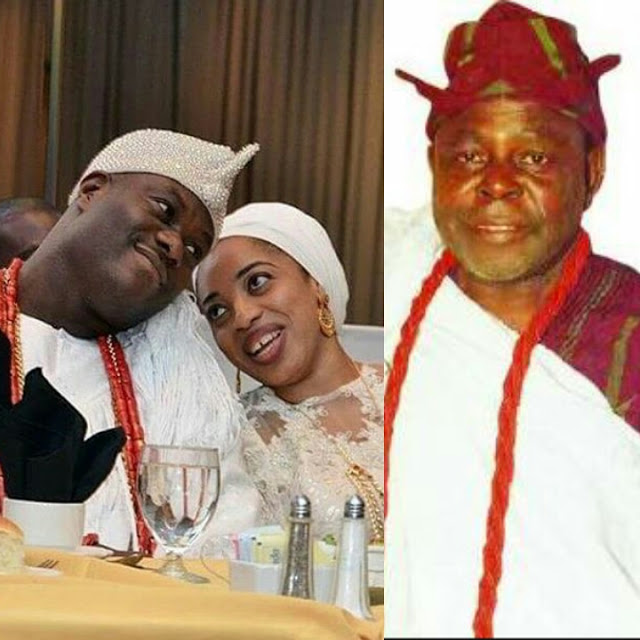 The latest to comment on it is popular Ifa Traditionalist, Playwright, Actor and Author, Yemi Elebuibon who spoke to SUN saying ex-Olori Wuraola, must necessarily undergo appropriate traditional cleansing process to enable her to regain normal life.

While noting that Ooni would not be the first Yoruba Oba to be seperated from his wife, Elebuibon stressed that marriage breakup is not very common among Yoruba Obas, ‘the wife of the Oba will be asked to consult Ifa and Ifa will give directions on how she will make the necessary atonement for her cleansing. In Yoruba tradition, a woman who has been married to a king cannot lay with any other man even if the marriage breaks up. But when the right atonements have been made, there won’t be problem’.

On the kind of problems which an Oba’s ex-wife might encounter if she refuses to undergo the traditional cleansing rites, Elebuibon said:
‘for the woman, she might not really have a problem but for any man who sleeps with a queen or marries an ex-queen without the appropriate cleansing, the man may die prematurely, he may be struck with sickness or there might be retrogression in his life’.

He explained that if an ex-queen wants to remarry, she will have to do the cleansing with her new husband. Both of them have to take part in the atonement procedures so that they won’t have any future problem.

“Any marriage she would be going into must not be elaborate. They should go far away and avoid any flamboyant wedding, ” Elebuibon warned.