Home News Feed Man Stabs Wife To Death At A Busy Local Market
Facebook
Twitter
WhatsApp
Police has arrested a man for stabbing his estranged wife to death in front of shoppers at a community market in Phetchaburi’s Khao Yoi district, Thailand on Monday night. 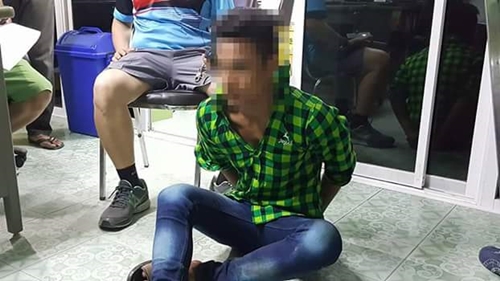 A Myanmar man was arrested by police as he repeatedly stabbed a woman with a long knife, killing her, outside a mobile phone shop in front of dozens of onlookers early on Monday night.
According to Bangkok Post, the attack was reported about 7pm on Monday in the Nong Som Market area of Khao Yoi district. Pol Col Phongphan Prachansi, of Khao Yoi district police station, said.
Nearby police rushed to the scene. A man was caught red-handed, still attacking the victim, when they arrived.
The victim was identified as Zin War Yea, 35, a factory worker from Myanmar, and the arrested man as her former husband, Aung Thu, 25, who worked in a factory in Samut Songkhram province
A preliminary police investigation found Aung Thu was a jealous man who had frequently argued with Zin War Yea. When he finally assaulted her she left him, about two months ago.
Witnesses told police that before the murder Aung Thu dropped by the market and bought a knife. He then met Zin War Yea in front of the mobile phone shop, began a heated argument and then allegedly attacked her. She fell to the ground and he allegedly placed one foot on her chest while stabbing her repeatedly, police said. 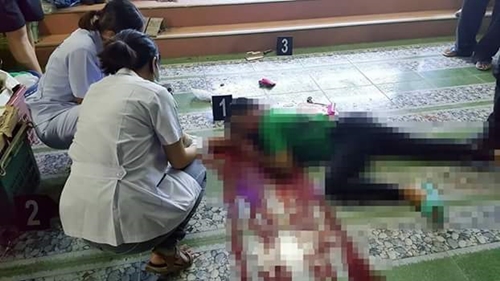 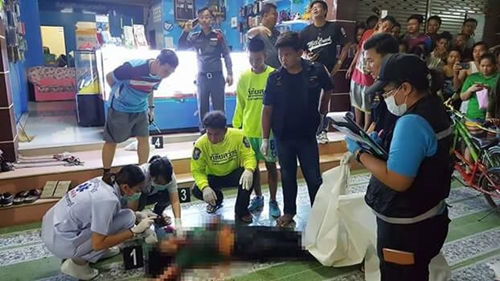 The victim’s body had six major stab wounds, police said.
The suspect was being detained and interrogated, pending legal processing.