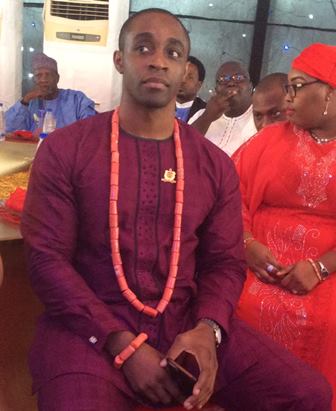 Prince Ezelekhae Ewuare
The Crown Prince of Bénin Kingdom identified as Prince Ezelekhae Ewuare has been unveiled on Friday at the Edo state capital.
Accoridng to The Nation, the prince was unveiled at a ceremony at the Oba of Benin palace where immediate past Governor of Edo State, Comrade Adams Oshiomhole, was honoured by the Benin Monarch, Oba Ewuare II.
It is the first time Prince Ewuare would be introduced at an occasion, as many stood up to catch a glimpse of the future king of Benin kingdom.
TORI News will bring you more details of the royal prince in our subsequent reports.