Home News Feed Minister Of Health Disguises Self As A Patient To Hospital, Arrests Doctors...
Facebook
Twitter
WhatsApp
The Minister of State for Health on Friday, disguised herself as a patient and busted a couple of corrupt medical workers in the nation’s capital.
Dressed in a hijab and a veil to disguise herself as a patient, the Ugandan Minister of State for Health, Ms Sarah Opendi on Friday, arrested two health workers at Naguru-China Friendship Hospital in Kampala, the nation’s capital after they allegedly asked her for a bribe.
“I arrived here and disguised myself as a patient with abdominal complications. I wanted to confirm reports I have been receiving from the public that Naguru health workers ask patients to pay for [the supposedly] free services,”she said.
Ms Opendi arrived on a boda boda at the General Outpatient department at around 10am to seek treatment.
Upon arrival, the minister went through all the steps like any other patient including buying a 32-paged exercise book where doctors can write their medical notes like diagnosis and treatment.
“I went to the doctor who I informed me about my sickness. The doctor then recommended that I do some tests including: liver function test, diabetes and Hepatitis B,” she said. “However, I was directed to the laboratory,” she added.
At the main laboratory, Mr Andrew Kalule, a lab technologist was the first one to fall into the minister’s trap as he asked for Shs150, 000 to perform the recommended tests.
“I never had all the money but I gave him Shs100,000 and pleaded with him to allow me bring the balance when I get. He then gave me his number and name as Ssozi,” the minister told journalists who were called in during the arrest. Christine Namanda, a nursing assistant was the second victim to fall into the minister’s trap after allegedly asked for Shs5,000 in order to avail testing strips used to diagnose diabetes.
Namanda who had just returned from maternity leave told journalists that the testing strips were out of stock at hospital but would only be availed at a cost.
When police searched Ms Namanda, she was found with about Shs87, 300 which she had allegedly collected from unsuspecting patients. The notes were in denominations of Shs5,000 and Shs20, 000. After the search, Ms Opendi could easily identify her note having recorded its numbers.
The deputy hospital director, Dr Stephen Kyebambe applauded the minister for helping them expose the culprits who have been extorting money from patients.
“We don’t condone health workers’ conduct of collecting money from our patients because we have free and private services. Those patients who pay money at our private wing should be given a receipt by the cashier,” he said.
However, several health workers who spoke to this reporter after the arrest of their colleagues indicated that they work under awful conditions which tempt them to ask for money from patients in order to survive.
“The nurse who has been arrested has a 3-months-old baby and earns about Shs270,000 per month. As I talk to you, it is lunch time but we are not given anything to eat; not even break tea,” a health worker stated.
Mr Kalule apologized to the minister and indicated that Naguru hospital lacked all the testing strips and reagents required to perform the highly specialized tests she ‘needed’.
Ms Sheila Okodi, a senior hospital administrator, said the National Medical Stores was yet to deliver some of the supplies that are out of stock.
According to Ms Opendi, the suspects will be taken to the Anti-Corruption Court over corruption charges.. 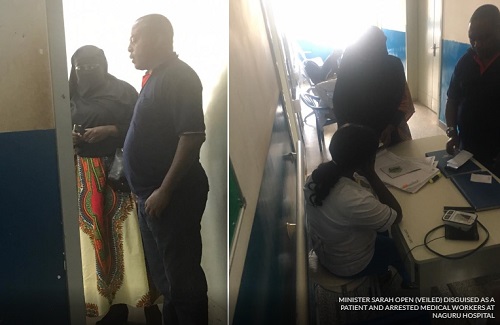 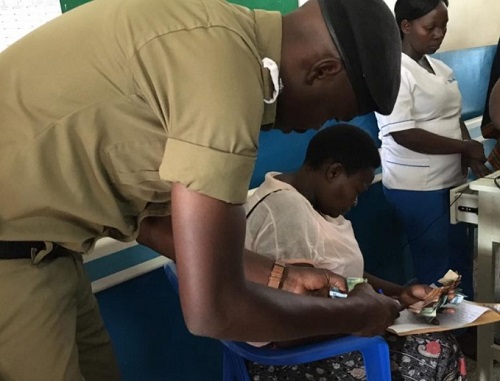 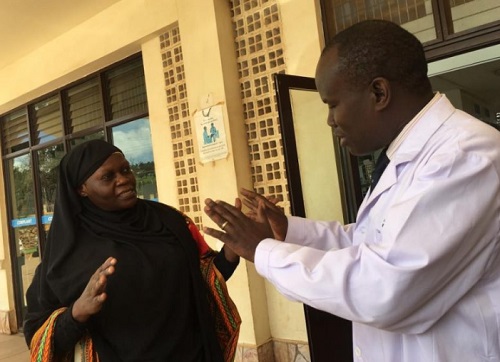