Home Entertainment “Muma Gee is a pathological liar, I did not abandon our kids”-...
Facebook
Twitter
WhatsApp

Actor Prince Eke has accused his wife, Muma Gee, of being a pathological liar. Yesterday, Muma Gee granted a tell-all interview to Punch where she spoke about her crashed marriage to Eke. In the interview, she accused him of domestic violence, sleeping with upcoming actresses and proposing to four women while they were married as well as abandoning the welfare of their children to her. 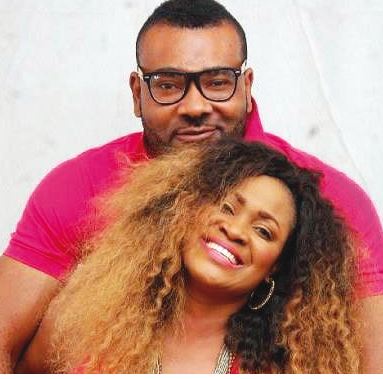 LIB reached out to Eke to get his reaction to all the allegations leveled against him by his estranged wife and mother of his children. Eke who is currently in the US, denied abandoning their children with her and also sent in screenshots of WhatsApp conversations he had with Muma Gee in which he claims she was praising him for being a good dad. He also sent in screenshots of bank transfer receipts from transaction he had done from his account to hers. According to him, Muma Gee is a pathological liar who is trying so hard to pull him down.

‘’I am attaching munched messages were she says ‘’thank you for being a responsible father’’. She tries to give the world an impression that she is the one that she spoon-feeds me. I am attaching bank transactions with evidence of monies I have sent to her for my children’s upkeep not to brag but to show that she lied because as a responsible father I have to send money for my children.

I give money for upkeep I don’t get receipts because I don’t need it, if I wasn’t taking care of the family while I was in Nigeria and still married will I now start sending money when am away and no longer married to her?

She ran away from the house to her friend’s house who later accused her of stealing and when she reached out to me she said she didn’t steal but bought a dress she hadn’t paid for which cost N50, 000 and I sent her the money which she used to clear that, as I don’t want people to see the mother of my kids as a thief.

I know Muma Gee decided to do this now because she feels it’s high time she runs me down but truth is she can’t run me down, as she rightly said she is releasing her single and she wants publicity but this is bad publicity and the attention she wants am giving her now. The difference between myself and her is I will show you evidence.

When I send money for school fees I ask her to take a photograph of the receipt and send to me, now I do all these because I know who she is. The receipts of the fees are attached below. She told me my children are supposed to pay for excursion and end of term party, she took a photograph of something written with a pen as I asked for the letter from the school, you will find the attached image beneath this. I asked her to find out why a child less than 5 is paying 11,500 for a party at school and she refused to go to the school to inquire. I said I will send someone and she says in a whatsapp message in screenshot attached below ‘’Oma will be 1 next on the 18th of August she should be dedicated to God @ 1 as part of the celebration of her birthday. Please also get the same person you are sending to that school to organize all at once’’ I still sent N30, 000 as I didn’t want issues. She stopped picking my calls after this which was from the 23rd of July 2017 till date. I still sent N70, 000 two weeks after. I have sent her as little as a N8,000 to buy gas as she wanted to use a stove to cook and I told her not to as I take care of everything.

This isn’t to say I am complaining about sending money for my kid’s upkeep but to debunk every accusation with evidence I have at my disposal and those which I don’t have evidence for I leave to God to handle so as to make sure she doesn’t use me to get pity for the single she wants to release. I am doing all these to prove that Muma is a pathological liar.

When I was in Nigeria I took her to the commissioner of police as she accused me of domestic violence and when she was diffused and she had no proof next thing she said was that we should forget about that.

I do not have any intentions of running her down all these is to clear the accusations she laid against me of not taking care of my kids, I am not bragging, this is to show that I am not an irresponsible father.  I am not trying to exchange words with her, she is better without me so let’s all move on’’

The screenshots of the Whatsapp messages and bank alerts below 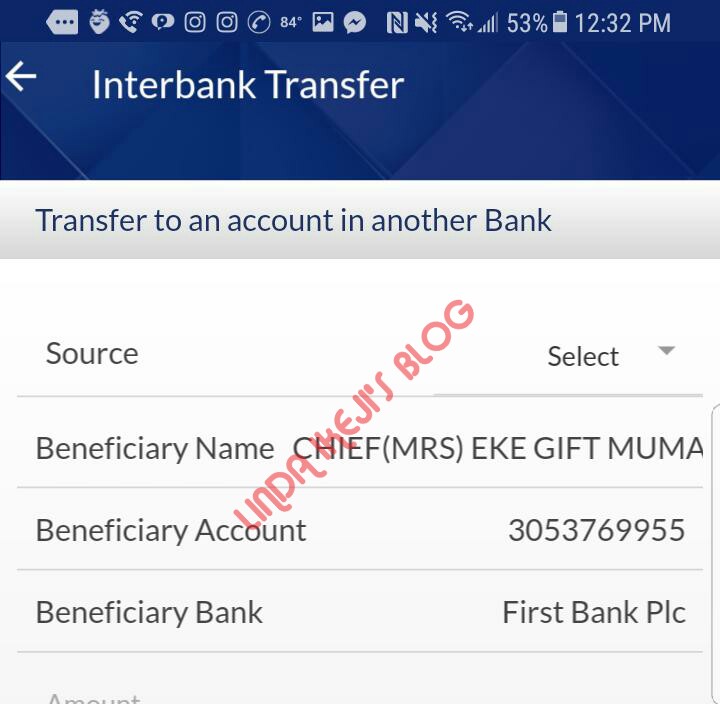 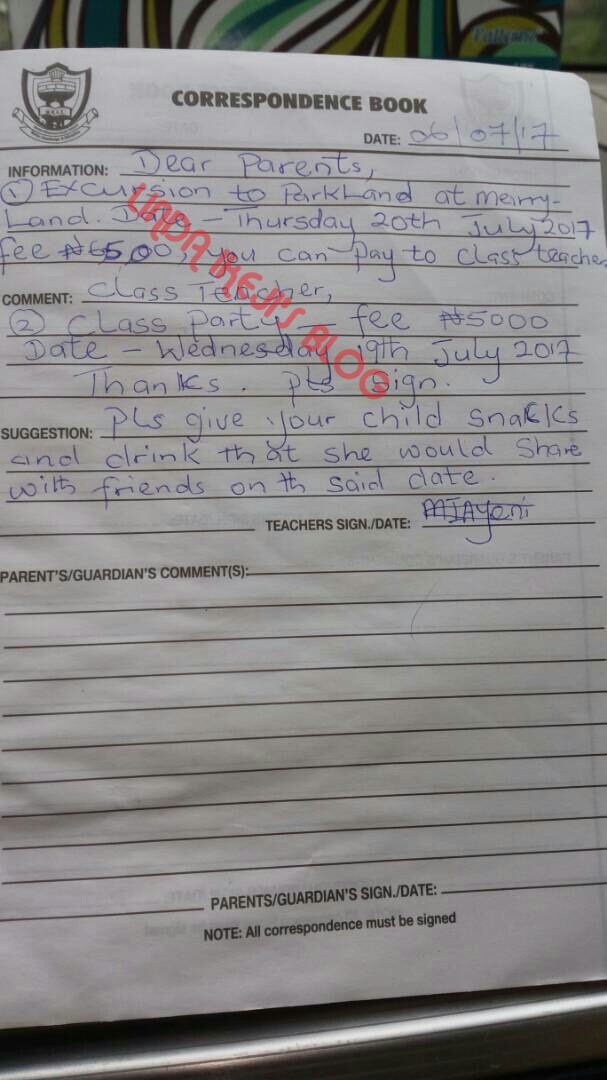 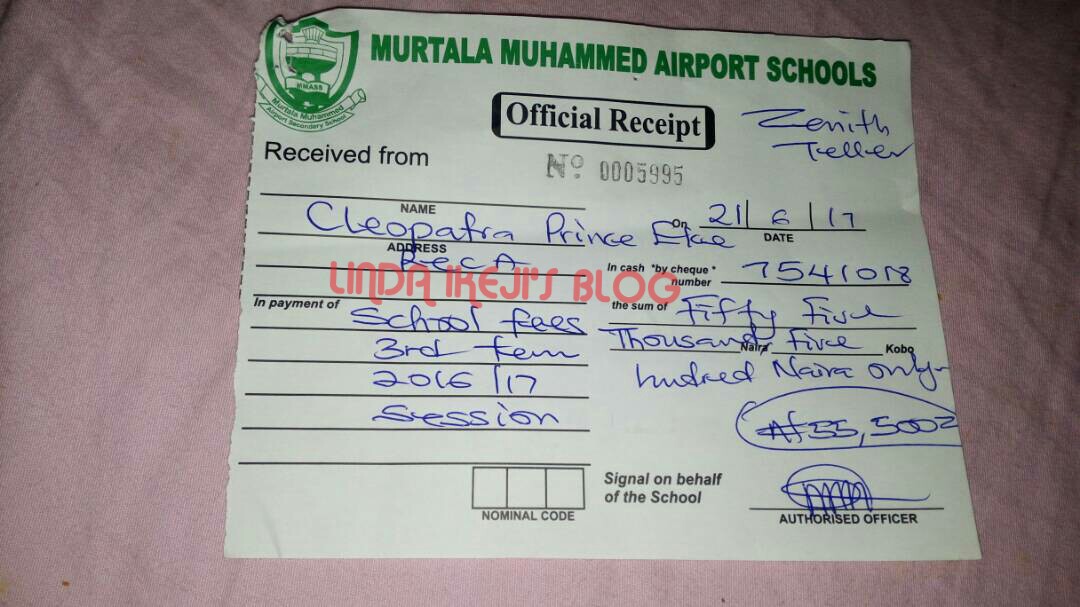 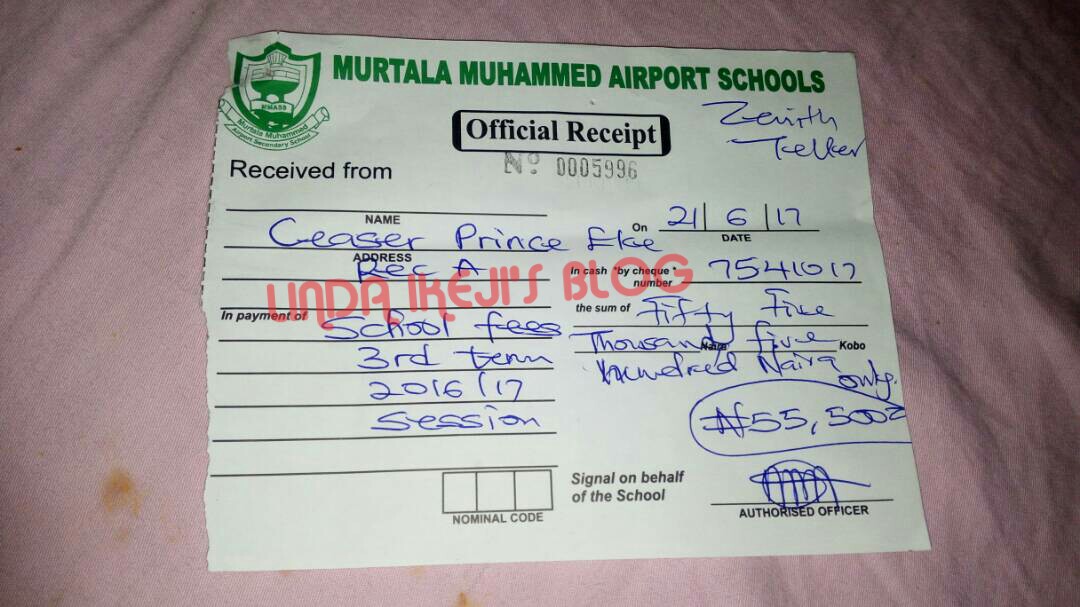 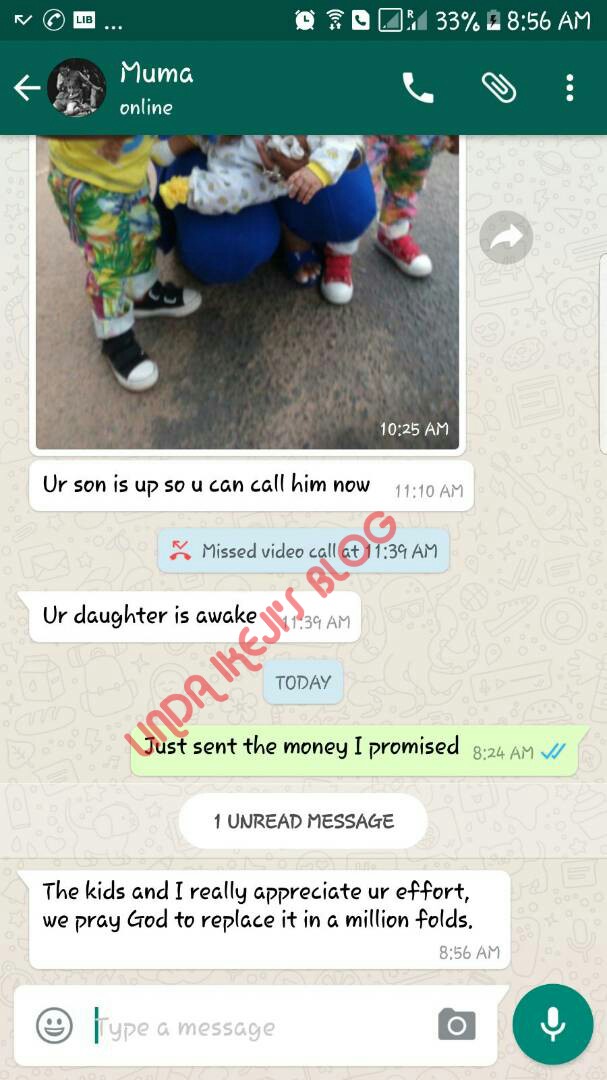 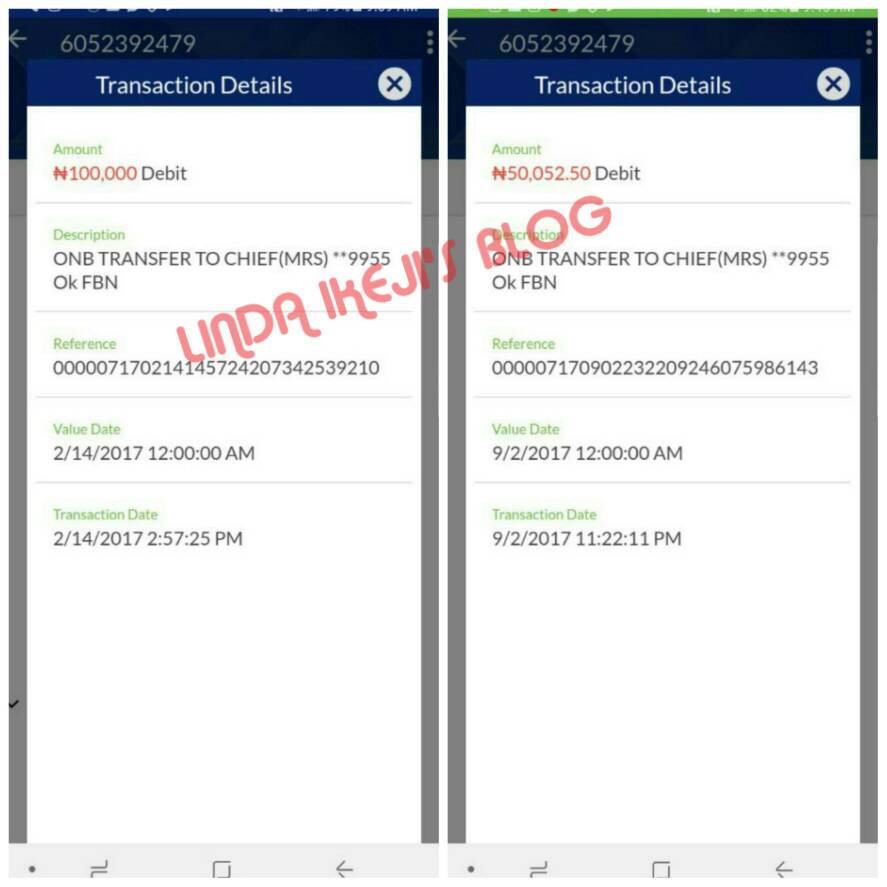 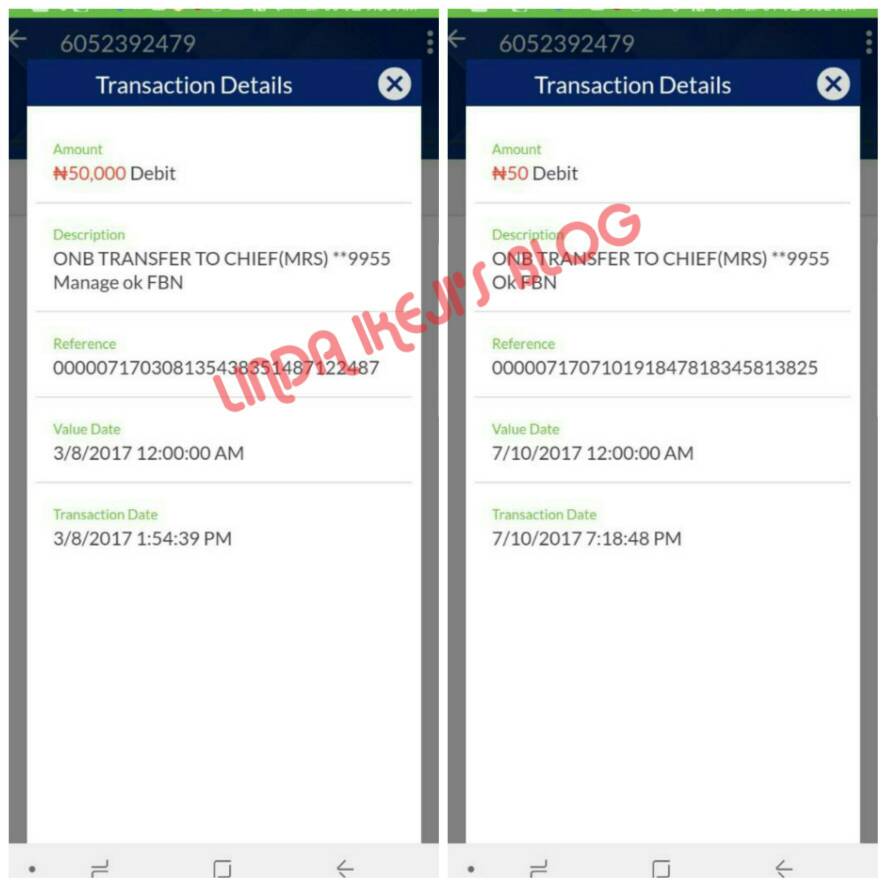 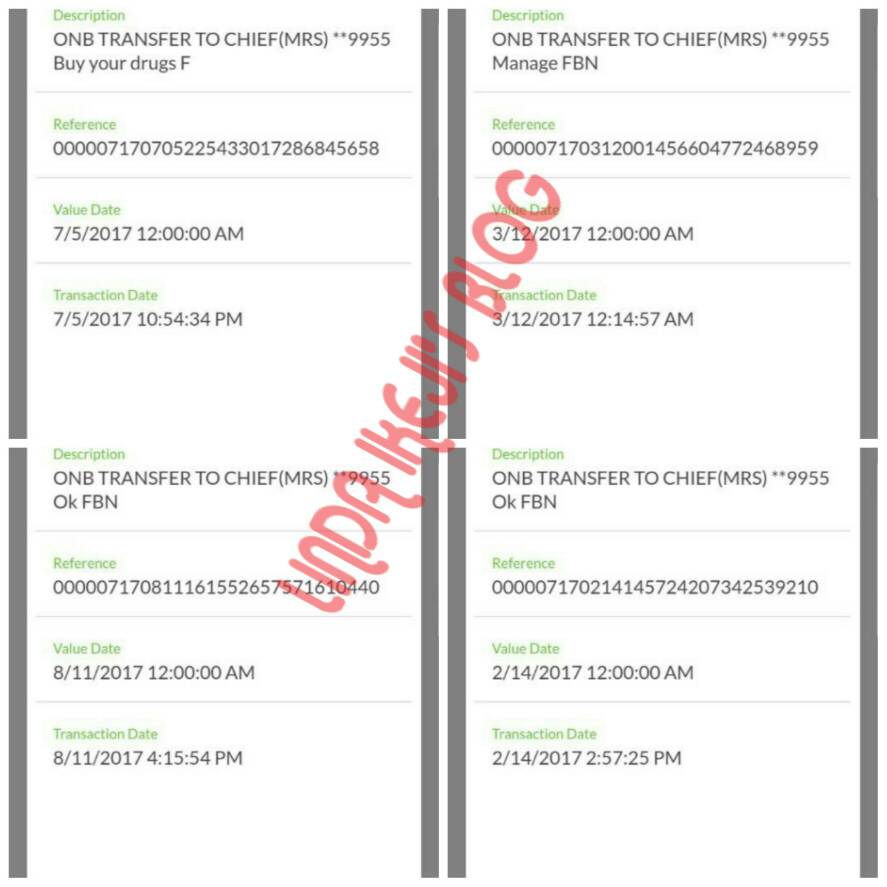