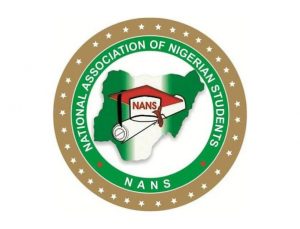 The National Association of Nigerian Students (NANS) on Tuesday praised both the Federal Government and the Academic Staff Union of Universities (ASUU) for reaching a common ground in national interest.

Prof. Biodun Ogunyemi, ASUU President, made the announcement on suspension of the strike at a news briefing after the closed door meeting with the Federal Government on Monday in Abuja.

The National President of NANS, Mr Kadiri Aruna, made the commendation in an interview with NAN in Enugu.

Aruna also appreciated both parties for respecting and considering the appeal of Nigerian students, especially the NANS’ two weeks’ ultimatum to resolve the crisis.

“First and foremost, we are happy considering many factors that played up before and during the strike.

“However, we thank them for respecting Nigerian students’ demand in its two weeks’ ultimatum of resolving the crisis; even as NANS made efforts to constantly engage both ASUU and the Federal Government during the strike,” he said.

The national president, however, urged the Federal Government to earnestly meet up with the various agreements reached “as the suspension of the strike is on conditions to be met within few months.”

“It is a conditional suspension by ASUU predicated on the Federal Government fulfilling its part of the agreement starting from October as agreed.

“We appeal to the Federal Government to act fast in order not to allow the lecturers to go back to a probably prolonged strike,” he said.

Aruna also urged students to return to campuses and resume classes to cover the few weeks lost in the academic calendar already.

“We want our members, Nigerian students, to go back to classes and resume lectures forthwith,” he added.