The Benue State-born London-based transgender said that she looks absolutely nothing like the said man in the video. 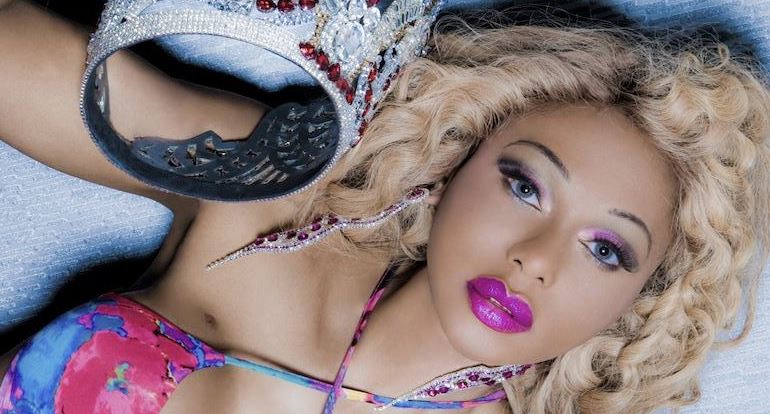 In an video shared by an online newspaper[Not DAILY POST] an elderly man, Chief Agbo Ella, claimed Miss Sahara was his daughter and he had accepted her decision to change into a woman.

The chief added that he will accept her bride price from any man who comes to ask for his son/daughter’s hand in marriage.

The beauty queen, however, took to her Instagram to react to the video, holding a picture of her mum, saying she does not know the man alleged to be her father in the said video.

She also claimed a single mother, who is also her father and a super hero, went through a lot of pain to bring her and her siblings up, so if there is anyone claiming to be her father, that person is not a ”good father” as such person was never in her life.

‘’Any one can make a baby, but not everyone can be a parent.
Pay my tuition, feed me, console me when I was bullied in school, bandaid my injuries, nurse me when I was sick, put me to bed at night, put a roof over my head, have my back no matter what, love me unconditionally and be the source of constant wisdom.”

‘’All of the above was done by one woman, My superhero, My darling beautiful mother whom I look, sound, act like! Pure carbon copy of the crazy woman and I love and adore her to moon and beyond.”

‘’Claiming someone is yours doesn’t make it true! Nigerian bloggers are so gullible.’’

‘’I find it disrespectful to my mother that someone else is claiming to be my parent, my mom is my only parent and is the only one that knowns my truth apart from me.’’