Home News Feed Olubadan Sues Governor Ajimobi And 23 Others
Facebook
Twitter
WhatsApp
All Progressives Congress chieftain, Governor Abiola Ajimobi has been dragged to the court of law over the crowning of traditional rulers which has been deemed controversial. 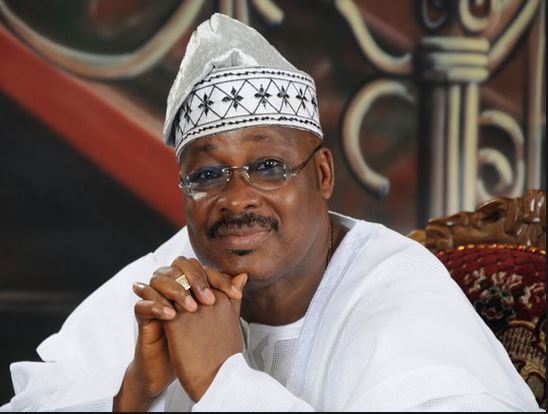 The Olubadan of Ibadan land, Oba Saliu Adetunji, has sued the Oyo State Governor Abiola Ajimobi and 23 others, over their involvements in the crowning of 21 kings in Ibadan on August 27, 2017.
Joined in the suit are the Attorney General and Commissioner for Justice in the state, Commissioner for Local Government and Chieftaincy Matters in the state, the eight high chiefs that were elevated to kings, as well as the Baales that were conferred with kingship status.
Apart from the suit filed by Olubadan, there are others variously filed by Rashidi Ladoja, Abdul Jelil Karimu and others.
In the suit with file number I/1077/2017, which was filed at High Court of Justice, Oyo State on September 19, 2017, the Olubadan is claiming that the governor violated the Chiefs Laws CAP 28 of the state, saying that Ajimobi does not possess the power and authority to confer anybody the right to wear a beaded crown and coronet.
The Olubadan is also claiming that the crowing of the kings is illegal and void since the governor did not consult with the Oyo State Council of Obas and Chiefs.
The Olubadan is seeking an order setting aside the Gazette Numbers 14 and 15 of Volume 42 of August 23 and 24, 2017 made by the governor and which conferred the right to wear crown and coronet on the elevated high chiefs and Baales.
He said the governor’s action violated provisions of the CAP 28 of the Chiefs Laws of the state. The monarch therefore prays the court to set aside the installation of the new kings.