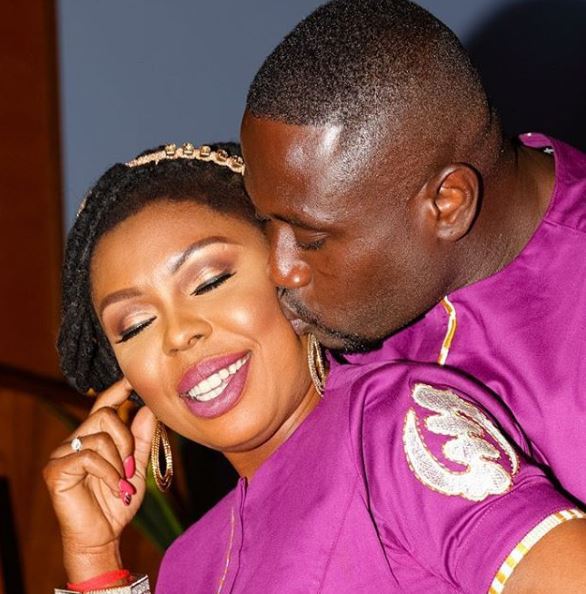 Ghanaian comedienne, Afia Schwarzenegger’s estranged husband, Lawrence Abrokwa has been arrested by the police in Ghana for allegedly leaking the celebrity’s s*x tape with another man online.
The couple who got married last year October, were said to be having problems with their marriage after Afia started an affair with another man.
He was later granted bail. In a viral video being circulated on social media, Afia could be seen n*ked after she was caught by the husband at a hotel with another man having s*x. It was alleged that Abrokwa leaked the video to spite the wife.
The police got involved after the tape was leaked and Abrokwa was arrested and charged to court. He will appear before the Domestic Violence Court for his role in the recording and circulation of the video. He is facing two charges of possession and circulation of obscene material and threat of harm.