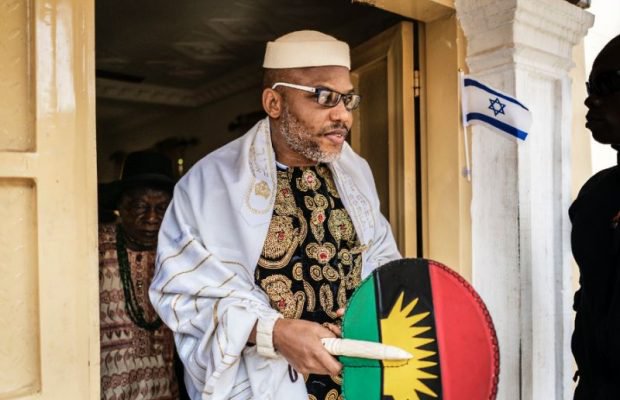 The Abia state police command has revealed that it recovered some petrol bombs and Improvised Explosive Devices (IEDs) from Nnamdi Kanu’s house.

The Abia police boss also said “They were armed with petrol bomb. They burnt police vehicles and carted away three pump actions and other police materials. Some officers were injured and in fact as I’m talking to you, one of the injured police officer, an ASP is dead.

“Simultaneously, they carried other attacks on law abiding citizens of this nation. You could see along the road the destruction of vehicles belonging to citizens. Certainly you cannot say that that is a peaceful demonstration. I think this attack was orchestrated to get arms which they succeeded in doing. Thank God the police succeeded in securing other arms. They attacked a bank may be with the intention to get more money to buy arms.”

The Defence Headquarters, on Friday, September 15, 2017, branded the Indigenous People of Biafra (IPOB) as a militant terrorist organisation and urged parents to dissuade their wards from joining the group.