What We Proposed to University Teachers – Details Of ASUU Meeting

Deolu
Details have emerged of the proposal made by the Nigerian Government to university teachers towards ending the indefinite strike by the teachers. 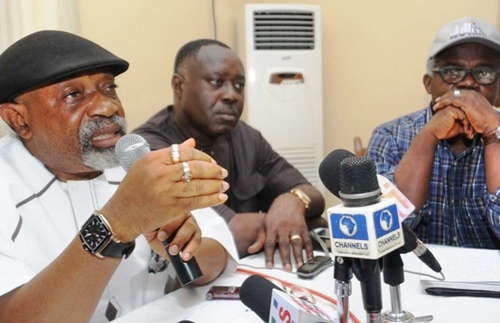 The Minister of Labour and Employment, Chris Ngige, has given more details of the proposal made by the Federal Government to university lecturers towards ending the indefinite strike, saying that the meeting discussed seven issues which constituted the demands of ASUU.
“We inherited these issues from past government but government is a continuous process, we have to address them,” he said, as he listed some of the demands and what government proposed to do on each.
Speaking on the provision of fund for the revitalisation of public universities, the minister said government has accepted to start quarterly payment into the fund.
He said; “The government has decided to make some funds available for September and October to show they are not liquidating the agreement and to show a sign of good faith.”
In respect of the 2009 MoU which non-implementation was the core of the grievances of ASUU, Ngige said government proposed to set up a seven-man committee with the union to work out the ways and means for implementing the agreement.
He said: “This is without prejudice to the Babalakin Committee on re-negotiation of the agreement”.
On earned allowances of the teachers, which financial implication had risen to “about N220 billion as at 2:20 p.m. on Thursday,” Ngige said: “Payment has started in that direction.”
Regarding registration of universities’ pension management company and pension matters, the minister said a pathway was proposed for registration of the company.
On university staff schools, which the teachers are demanding to be reopened and funded by the Federal Government as part of universities, the minister said: “Though not appealing, we have agreed that the decision should be communicated to various universities.”
On non-payment of salaries, he said government has shown commitment and evidence that payment had started in order to liquidate outstanding sums and allowances.
On the issue of Treasury Single Account, he said government made a proposal for the Central Bank of Nigeria to create a separate account for universities, while research grants will be exempted from compulsory remittance into the account.
“For issues on state universities and quality of education which concerns everybody, the Minister of Education was mandated to take a memo to the Council of State and the Federal Executive Council,“ he said.