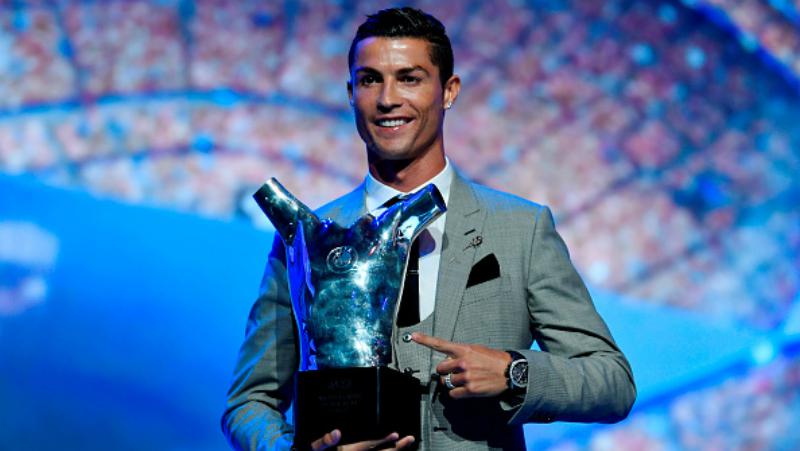 In the past 8 to 9 years, there has been in the superiority debate with Barcelona counterpart and a five-time winner of the highly coveted Balon’Dor, Lionel Messi.

Ronaldo who has won the title four times has been tipped to be the winner of the 2017 world best footballer, which will of course, equal the same number of title with Messi

In summary, the world of football is divided into two main categories; those who believe Lionel Messi is the best and those who believe Cristiano Ronaldo is a god. Below are what Football Legends have said about the latter.

Ronaldinho : “Cristiano Ronaldo is the most complete player i have ever seen. My son adores him”

Jose Mourinho : “In a Fifa or Pes games Messi comes out tops but in a football field Ronaldo is the King”

Roberto Bargio :”To me Ronaldo has proved himself in 3 different leagues. He is the best”

Paul Jewell :”He’s 6’2″, brave as a lion, strong as an ox, quick as lightning. If he was good looking you’d say he has everything”

Drogba :”Many people know that Ronaldo is the best in the world but they are afraid to say it.”

Pepe :”Comparing Ronaldo and Messi is like comparing an Alien with a human. Ronaldo doesnt have blood.”

Usaine Bolt :”I fear none in the track….. Maybe if Ferrari Ronaldo comes in the track i may tremble.”

Paul Scholes :”People say i was precise but boy or boy Ronaldo is perfect.”

Bale :”My role model is Cr7, he is the best ever player the world has ever seen.”

Rafael Nadal :””The next time you compare Ronaldo with another player, take a nap.”

Thomas Mueller :”Ronaldo is the best player in the world but we are tired, i just want Neur to win Ballon dor.”

Zinedine Zidane :”When you play with Ronaldo in your team, you are alredy 1-0 up. He is the best in his generation.”

Capello :”Give me Cr7 and ten players. I will lift the Uefa Champions league.”

Sir Alex Fegerson :”Messi will never score goals like these. Ronaldo is unbelivable.”

Marcelo :”In our national team we are lacking a Ronaldo. An Angel.”

Klopp :”If you have Cristiano what more do you want? Maybe bars to celebrate wins .”

Luis Figo :”Who said Ronaldo plays like me. Its a honour to be compared with the best player in the world”

Iker Cassilas :”One day i will tell my son, ‘once upon a time there was Cristiano Ronaldo’. Its a fairy tale.”

Neymar :”Cr7 is a monster, not a human. It will be a dream come true to play with him if i sign for Madrid.”

Gerard Pique”The best player i have ever played against has to be Ronaldo. You cannot afford to take you eyes off him.”