Deolu
A Nigerian undergraduate has revealed how she escaped being used for money ritual by her abductors in Ondo state. 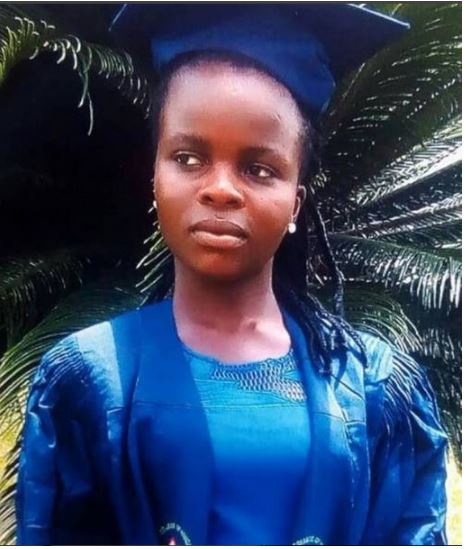 A student of Adeyemi College of Education, Ondo, Oluwaseun Mary Olaniyan who was abducted eleven days ago has narrated how she escaped from the kidnappers’ den.
It would be recalled that two students of the school -Oladepo Blessing and Oluwasemilore Mary- who were kidnapped earlier were found dead. Their decomposing bodies were discovered inside a bush some days after they were declared missing.
So it was a thing of joy for the family members of Olaniyan following her unbelievable escape. Olaniyan, a history student said she was kidnapped by four men in a vehicle painted in the state taxi colour at about 6.30pm outside the main gate of the institution.
She said, “I boarded the taxi cab alongside a lady at the same location. Two of them were going to Yaba in Ondo city.

“As soon as I boarded the vehicle, I became unconscious. I later found myself in a building located inside a thick forest.
“We were six in the hands of the captors who fed us only with water. We saw strange men coming in a jeep vehicle to collect something we suspected to be human flesh which was concealed in a cellophane bag.
“My escape from the hands of the kidnappers was divine. It was while they were quarrelling that I took the opportunity to escape alongside others into the bush.
“I trekked inside the forest until I got to Ile-Oluji/Ipetu Ijesa road where I met a lady and asked for direction to Ondo town. The lady told me I was very close to Ile-Oluji. When I got to Igbo Oja, I made efforts to reach my mother on her phone.
“I contacted my mother. My father immediately called me and I informed him that I had reached Itanla junction along Ondo/Akure highway.”
Parents of the victim expressed joy and thanked God as well as the college management, the police, other security agencies for their efforts to secure the freedom of their daughter.
Provost of the College, Olukoya Ogen has referred Adeniyan to the College Health Centre for immediate medical attention.