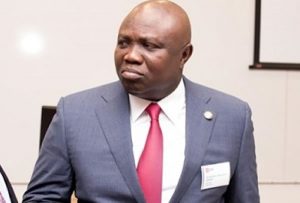 A resident of Lagos State identified as  Mr. Femi Adeleke, 61; a retiree, bought a plot of land at Millennium Residential Scheme 1, Igbogbo GRA in Ikorodu from the state government in September 2008, since then, no plot number has been allocated to Adeleke, leaving him to wonder if the scheme was a ploy by the government to swindle land buyers.

It has been less than two years since Adeleke retired from the Lagos State civil service; but so far, his retirement story has been disappointing and worrisome.

Adeleke and his family have lived as tenants in a small flat in Agege area of Lagos for many years, and he never imagined that his days as a tenant would have lasted this long.

The retiree’s problem is even more pressing now that he needs to raise the N300,000 required to renew his rent by mid-September.

Meanwhile, the retiree and his family had saved up to buy a plot of land at the Igbogbo government scheme in 2008, hoping to build on it a bungalow, where they would relocate to by the time Adeleke retired from work.

Adeleke said, “Now, I have retired and I am still a tenant when I could have built my own place. But nine years after buying land from the Lagos State Government, I have not set foot on my land let alone start any construction there. All I have are receipts and other documents, showing I paid for the land, but nothing more.

“At the beginning of every year, I would feel that this is the year that I would get my land allocated to me; but gradually, the year ends and I am back at square one. Sometimes, I wake up and just look at the receipts as if they would suddenly transform into my land,” he said with a note of frustration.

Saturday PUNCH’s investigation, however, showed that all buyers of land at the Millennium Residential Scheme 1, Igbogbo, had not been allocated their plots, including those who had bought land as far back as 2003.

Some of those affected told our correspondent that all they have been told by government officials is that ‘omo onile’ (some land speculators) had opposed government’s sale of the land and vowed to stop the scheme.

According to Adeleke, he had written a letter to the state government last December, asking for a refund of the about N450,000 he had paid for the land.

He said, “How can people buy land nine years ago and since then, no land has been given to them? There has been no allocation, no site number, nothing.

“The saddest part of it is that last December, I applied for a refund because I was no longer interested in the land, but I have still not got the land or a refund till now. Government has not given us any allocation, let alone show us where our land is.

“Anytime we contact them (government officials), we would hear one story after the other. They would say they were having issues with land speculators and so on and that we should give them time. Are land speculators more powerful than the Lagos State government? Since this is a problem that they could not solve in nine years; at least, they should return money to buyers on request.

“I am not even asking for interest; I just want my money back. If I cannot get my land after nine years and cannot move forward, I should be able to go back to where we started from; so Lagos State government should be able to give me my money.

“I don’t know why government will hold on to our money when the land has not been allocated for nine years, it makes no sense. And almost a year since I applied for refund, that has also not been done, so I think it calls for concern.”

Another affected buyer was Mr. John Olukunle, who is also a retiree.

It has become difficult for Olukunle to engage in any conversation without sharing his frustration with the state government over the two plots of land he had bought through its Lands Bureau.

A document, dated June 26, 2009, which was sighted by our correspondent, with the Lagos State Government logo, and said to have emanated from the Lands Bureau, Governor’s Office, showed that Olakunle had paid N455,412 for a plot of land at the residential scheme at Igbogbo. The document was signed by Hakeem Muri-Okunola, Executive Secretary, Land Use and Allocation Committee, while the charges making up the cost comprised capital contribution, N356,400; survey fee, 75,000; registration/conveyancing fees, N8,000; stamp duty/administrative charges, N11,800; normal premium, N1,944; annual ground rent, N1,620; and development charges, N648.

A similar document for the Orisan Waterfront Residential Scheme was dated January 29, 2014. This was, however, signed by Aina Ololade Salami (Mr.), Executive Secretary, Land Use and Allocation Committee.

Olukunle said he was still trying to pinch himself to be sure that his frustrations were not just a dream.

“I’m still trying to wake myself up because I would never have imagined that government would sell land to people and refuse to give them their plots of land after so many years. How can I buy two plots of land from the Lagos State Government and none of them has been given to me after many years?

“My plan was to have developed the land I bought in Igbogbo in two years because in the letter given to us, it was stated that the ‘land must be fully developed within two years of the effective date of Certificate of Occupancy.’ I had thought that I would build a block of four flats on the plot at Igbogbo to rent out and a duplex on the plot at Orisan, where I could live with my family.

“But all my plans were thwarted by the state government, which has refused to allocate the land to buyers since,” he said.

A civil servant with the Lagos State Government, who only identified herself as Mrs. Ogunkola, for fear of victimisation by the government, had also not been allocated her plot of land since she paid for it in 2003.

Incidentally, her husband, who had also bought a plot at Orissan scheme in 2014, was still awaiting his allocation too.

She said, “I bought the land at Igbogbo in 2003 with the hope that it would be my retirement plan. I will retire in another two years and I have still not got the land. My husband bought a plot at Orisan from the state government in 2014, but no news on that one either.

“After paying for the land in full, I also paid about N60,000 for C of O and I was told that it would be sent to the governor’s office for approval. But since 2003, what we keep hearing from government officials is that the ‘omo onile’ are fighting there and that they cannot even go there because of fear of being attacked.

“They also warned us not to go there. Meanwhile, government has sold the land to us but since the land speculators have refused to leave the land, they are telling us that no one can take possession of it.  That is what they have been telling us since 2003.

“Those of us that bought land at Igbogbo paid over a million naira each for a plot, but the official amount we paid was the N455,412, which was written on our receipts. Other charges and everything pushed the cost beyond N1m. I was even told that I had overpaid by some amount and that the money would be used to offset what would have been my first annual payment after my land had been developed.

“It makes me feel bad knowing that if I had invested the money, I would have gained a lot. Even if I had bought government treasury, it would have been rolled over several times and I would have made profit on it. But my money has just been tied down since.

“My plan was to build something on it hoping that when I retired, I would have something to fall back on. But now, it has left me with nothing to look up to after retirement except my pension.

“As for my husband’s land at Orisan, which he bought in 2014, the last time we went there, we were told that they were still clearing the place and doing layouts. Our plan was to develop the two plots of land and relocate to Orisan, which belongs to my husband and rent out the property we would build at Igbogbo, so that it would help sustain me in retirement.”

After two weeks of asking the comment of the Special Adviser to Governor Akinwunmi Ambode on Urban Development, Mrs. Yetunde Onabule, who was said to be the right person to speak for the state government, on the matter, she had still not responded.

First, Onabule told our correspondent on Tuesday, August 29, 2017 in a telephone conversation that she was unavailable and would not be around till the Tuesday of the following week, September 5. But on Monday, the day before that, when Saturday PUNCH called Onabule to get a time for the appointment, the governor’s aide said she had just been called by the governor for a meeting and did not know when she would be available the next day.