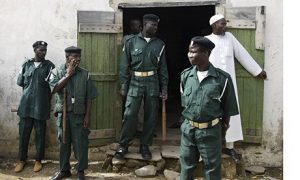 Two lovers identified as  Musa Mohammed and Fati Mohammed who were charged with Adultery before a Sharia Court in Minna, have pleaded guilty to the offence.

The duo were arraigned on a one-count charge of adultery, contrary to section 288 of the penal code law.

According to the Police Prosecutor, Mr Cletus Ibrahim, the accused, who had both been married to different people in the past, had a sexual relationship outside marriage, which produced a baby.

“The two of them had a sexual relationship when they were not legally married to each other,” he alleged.

When the charge was read to them, they all pleaded guilty.

The Judge, Ahmed Bima, however, declined to take their plea, saying that his court lacked the jurisdiction to entertain the matter.

Bima referred the matter to an Upper Sharia Court for determination, and adjourned the case to Sept. 11.