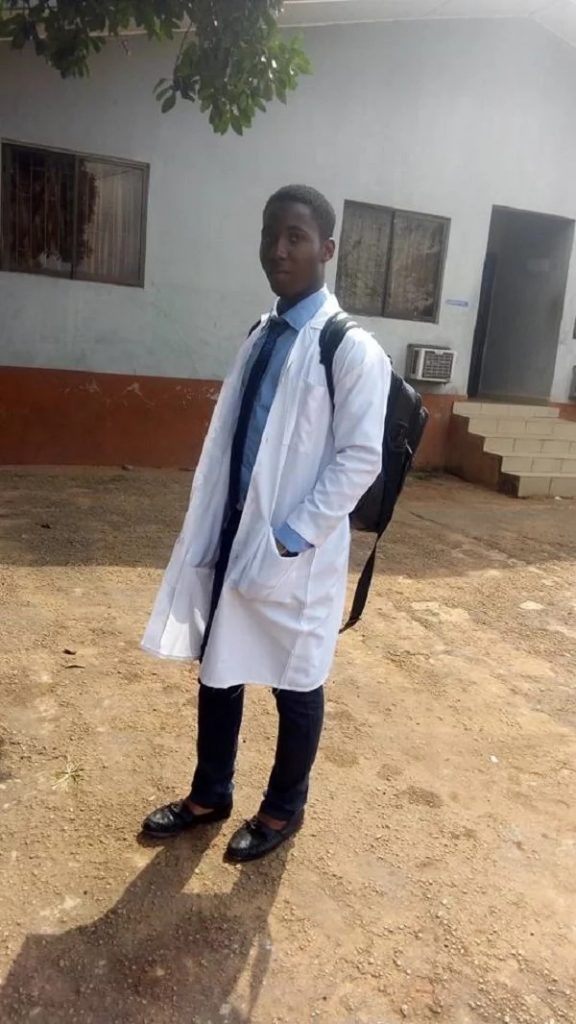 Following reports that ASUU decided to suspend its nationwide strike on September 18, after a meeting with the federal government, the news has been met with mixed reactions.

ASUU said the strike which started on August 13 would be suspended till October, giving room for the federal government to fulfill its pledges.

However, a reader, Francisco Onumaechi, who doesn’t want the strike to be called off, has lashed out at ASUU.

Francisco who is a medical student at the Ambrose Alli University, Ekpoma, Edo state, maintained that just like him, several students don’t want to resume as their tuition fees were increased and the strike has afforded them the opportunity to make extra money to be able to pay the fees. An annoyed Francisco said:

“What is wrong with ASUU? I beg you with the name of God, don’t call off the strike please we beg you. Many Nigerian students are against it because many state universities due to lack of funding they increased their tuition fees….this strike help them to pay their fees… I beg you ASUU tell us you are joking about the suspension of the strike.”

When asked if he thinks other students share his view, he said:

“At least more than 65% does…I have friends from 12 universities, the same…go to Facebook, Twitter and some social media, many students are complaining ooo….the suspension of the strike is too early. Please I beg you try to tell ASUU that they have fail us.”

See screenshot of a post he shared on his page asking ASUU to ‘reconsider’: 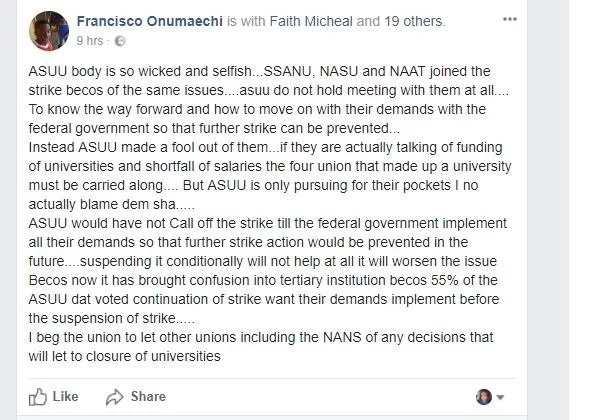