Deolu
Policemen in Katsina State have gunned down a notorious armed robber during a shootout at a man’s home. 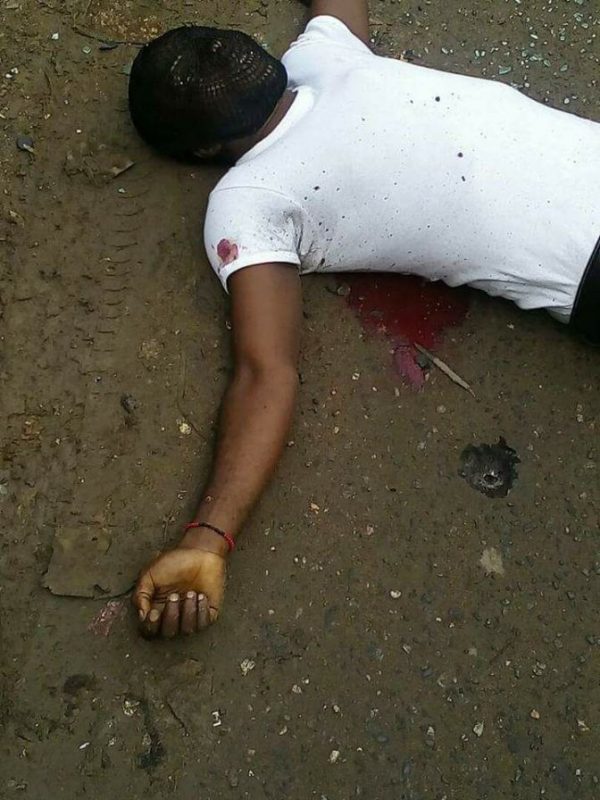 A suspected armed robber, one Dahiru Samaila, was over the weekend killed during a shootout with the police at Masaki village in Kaita Local Government area of Katsina State, according to Punch.
It was gathered that the man was killed when he and his gang members stormed the house of one Hamza Umar where they shot and killed the latter’s younger brother whose name was given as Aminu Rabe. Policemen stormed the house after a distress call was reported resulting in a shootout with the police. The dreaded robber was shot in the leg as he attempted to escape.
Samaila reportedly died at the hospital where he was taken to, for treatment. Spokesman for Katsina police command, DSP Gambo Isah, confirmed the incident.
He put the number of the armed robbers at seven(7). He said, “A few minutes after the robbers attacked the residence of one Hamza Umar at Masaki village in Kaita LGA, they killed his younger brother, Aminu Rabe, after robbing him of money and other valuables.
“The robbers, about 7 of them ,engaged the police in a shoot out after a distress call was placed to them as soon as they arrived the scene. Samaila was shot in the leg as he was trying to escape and he was subsequently apprehended and taken to the hospital were he died the next day.”
Isah added that  other members of the robbery gang took to their heels  while one of them was traced to the house of one Sabiu Samaila.
One AK 47 gun was allegedly found in  his (Sabiu Samaila)residence. Isah said Sabiu  Samaila was promptly arrested and had reportedly  disclosed the names of the other gang members who were now at large.
The police spokesman added,”I can’t disclose their names for security reasons but I assure you we are on their trails and  they will soon be apprehended as well.
“As soon as we conclude investigation we shall charge him(Samaila) to court along with the rest in absentia even if they are not caught.”