Home News Feed Three Children From Same Family Died Inside A Well
Facebook
Twitter
WhatsApp
Three children have died tragic deaths in Enugu State community after falling inside a well, as efforts to unravel the circumstances behind the incident gears up. 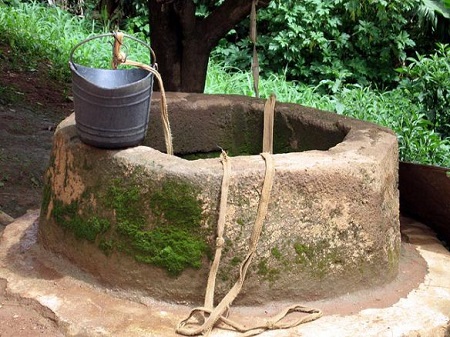 According to a report by the News Agency of Nigeria, NAN, the Police Command in Enugu State said it had commenced an investigation into the circumstances surrounding the alleged drowning of three children in a well at Ezeama.
Ezeama is a village in Ohodo community in Igboetiti Local Government Area of the state.
The Police Public Relations Officer, SP Ebere Amaraizu, in a statement on Thursday in Enugu,  gave the names of the victims as Chibenyi Ugwuda, Chinedu Ugwuda and Chukwunora Ugwuda.
Amaraizu said that the children, who were less than three years, got drowned during the weekend.
The PPRO said, “The command’s operatives have commenced full-scale investigations with a view to finding out how their death was brought about and circumstances surrounding it.
“It was, however, gathered that the children had allegedly fallen into a well at Ezeama village of Ohodo community in Igboetiti Local Government Area, and died”.
“Meanwhile, information gathered revealed that the three dead bodies have been buried.’’