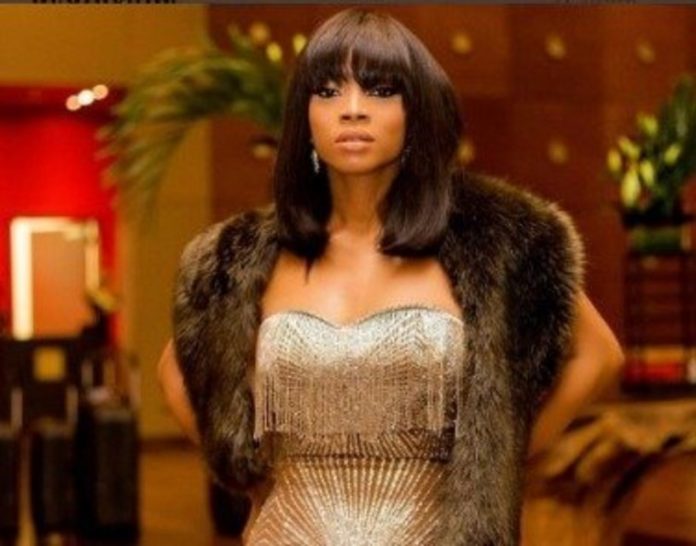 Toke Makinwa thinks men cheat because women are always up in arms, defending the men  and blaming their kind for everything wrong the man does.

Speaking in the new episode of Moments which dealt with the topic, Why Men Cheat, the OAP narrated how much she endured at the hands of women when her ex-husband Maje Ayida’s scandal surfaced.

Recall that Maje cheated on her with Anita Solomon who went on to have a son for him. For many months, Toke did not address the scandal but eventually did in her memoir, On Becoming.

“Some women are the problem,” she said. “Your son has four, five girlfriends. You know them, you smile in their faces. We live in a society and the culture that we have unfortunately believes that cheating is….you can’t sue a man for cheating in this country.”

She continued, “If the man is selling and we are not buying, he would stop. We, women, are the problem. You find a man cheat on his wife and you find reasons to make excuses for why he cheated. Maybe she wasn’t sleeping with him, Maybe she wasn’t unhappy, maybe she is a witch. I have had that been said to me. I have been cheated on publicly and I never saw women come out to say you know what, what this man did was wrong. You find them say is she the only one? What’s the big deal? Guess what, your child would go through it.”

Only two weeks ago, Toyin Lawani shamed Toke Makinwa, mocked her for not having ever carried a pregnancy, she then surmised that the OAP’s problem is ‘dick-related’.

Now, Toke is spitting as she deems fit, adding that the world will be a better place when women quit shaming or blaming other women when a relationship fails.

And she said more.

You can watch the video here:

Do you agree with her?